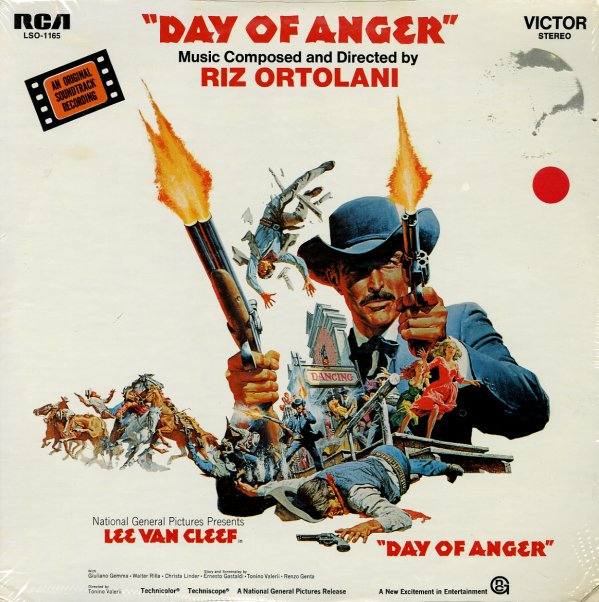 A really great little western score from Riz Ortolani – a composer you might know from bigger films of the 60s, and a handful of especially nice action and comedy soundtracks too! Riz seems to be drawing on the latter a bit here – as he mixes the usual western elements with some occasional groovy touches that are mighty nice – offsetting the brooding quality of the Lee Van Cleef narrative with a mix of jazzy horns, electric guitar, and even these mod bottoms to some of the rhythms that are quite a surprise – and very welcome indeed! The cut "Fino All'Ultimo Colpo" is especially nice – kind of a slow-stepping romp that has a soulful power that's mighty nice – repeated three times alone in the main body of work.  © 1996-2021, Dusty Groove, Inc.
(Cover has a cut corner.)