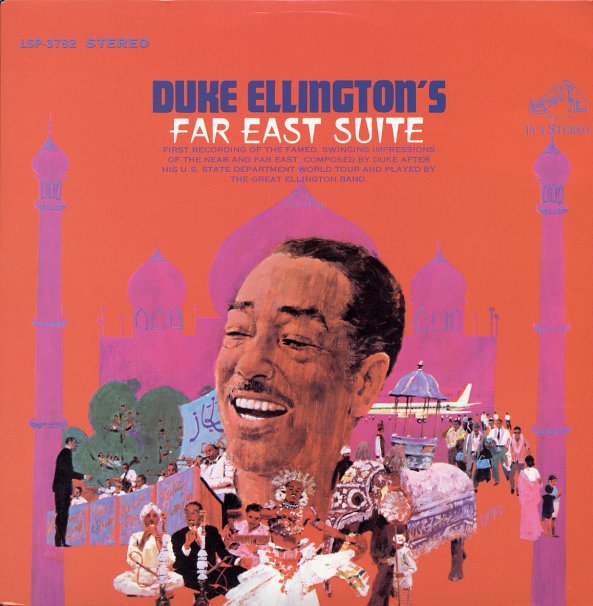 One of Ellington's greatest albums of the 60s – and a record tinged with Eastern themes and darkly angular modern arrangements. The group here features Ellington stalwarts Johnny Hodges, Paul Gonsalves, Harry Carney, Cootie Williams, Mercer Ellington, and Rufus Jones – and the players work together tightly to craft the suite of tracks based on Ellington's impressions of recent travels through the Mid and Far East during the 60s. Titles include "Tourist Point Of View", "Isfahan", "Depk", "Mount Harissa", "Amad", "Agra", and "Blue Pepper".  © 1996-2022, Dusty Groove, Inc.
(Recent reissue pressing.)

Bethlehem Years Vol 1 (aka Historically Speaking)
Bethlehem, 1956. Very Good+
LP...$3.99
The album's a bit less "historical" than you might guess from the title – at least at the time it was issued in the mid 50s! The material is from Chicago sessions recorded in 1956 – unusual non-Columbia material for the period, featuring the Ellington group working in a ... LP, Vinyl record album

Bossa Antigua
RCA, 1965. Very Good+
LP...$49.99
The team of Paul Desmond and Jim Hall was one of the best ideas ever forged in American jazz of the 60s – and the icy pair are perfect company together on this album of bossa-inflected tracks with a very cool edge! The album allows Desmond's alto to take on a warmth and flowing quality it ... LP, Vinyl record album