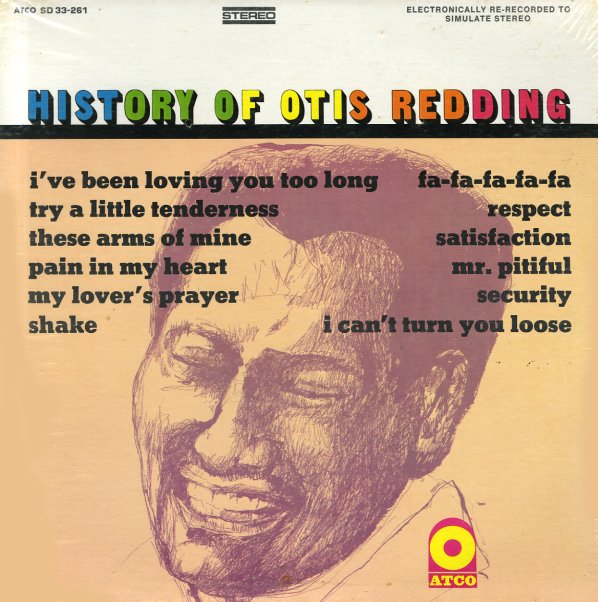 Not necessarily a complete "history" of the man – but a classic "best of" compilation that includes some of his greatest tracks ever! Titles include "Security", "Mr Pitiful", "I've Been Loving You Too Long", "Try A Little Tenderness", "Shake", "My Lover's Prayer", "Pain In My Heart", and "These Arms Of Mine".  © 1996-2022, Dusty Groove, Inc.
(80s pressing on Atco. NOTE – Vinyl is in great shape, but cover is stained and flaky at the bottom inch or so.)