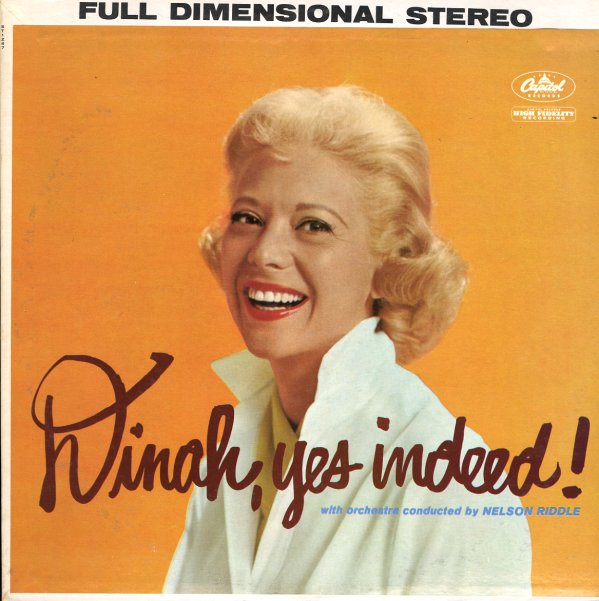 An overlooked swinger from Dinah Shore – one done for Capitol right at the end of the 50s, with some sublime arrangements by Nelson Riddle! Riddle brings a bounce to the record that Dinah doesn't always get – but without ever making the set gimmicky at all, as with some of her more theme-oriented sides of the 50s. Instead, Riddle matches the maturity of Shore's vocals with some mature charts of his own – schooled in Sinatra, and very well matched to Dinah's modes here. Titles include "Falling In Love With Love", "Yes Indeed", "I'm Old Fashioned", "It All Depends On You", and "Takin A Chance On Love".  © 1996-2021, Dusty Groove, Inc.
(Rainbow label stereo pressing. Cover has clear tape on the top seam and a name in marker on the back.)