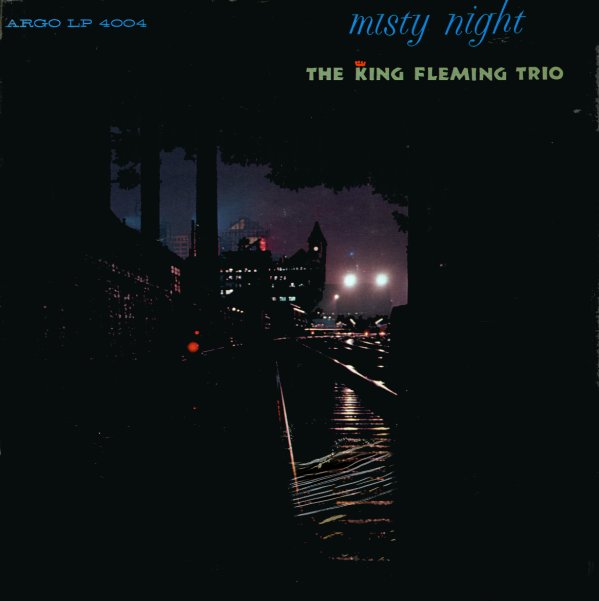 Moody piano tracks from Chicago's soul jazz underground of the early 60s! King Fleming was one of the city's great underrated pianists, and this 1960 album for Chess/Argo features him playing a nice set of originals and standards, in the style that he would have used in the city's smaller jazz rooms at the time. Most tracks are trio format, but a few feature some very nice augmentation by bongos. Titles include "Overt", "Should I", "Ooooo, Those Blues", "Misty Night", and "Imported Blues".  © 1996-2022, Dusty Groove, Inc.
(Mono Argo pressing. Cover has light wear, two cutout holes, a bit of marker and light gloss separation along the edges.)

Debut In Blues
Argo, 1963. Near Mint-
LP...$34.99
Beautiful! Trumpeter Gene Shaw is one of the most overlooked talents in jazz from this era – and this is one of his greatest albums! After running away from Charles Mingus during the Tijuana Moods sessions (Mingus threatened to kill him), Clarence Shaw moved to Chicago, started using his ... LP, Vinyl record album

2:38 AM – Ralph Sharon & Friend
Argo, Early 60s. Very Good
LP...$9.99
An incredibly groovy record, thanks to the presence of Candido on congas – who really gets plenty of room to do his thing in the spare setting of the set! Late night and moody, but with some great conga bits too! LP, Vinyl record album

Listen To The Ahmad Jamal Quintet
Argo, 1960. Very Good
LP...$14.99
A nicely expanded take on the Ahmad Jamal sound of the early 60s – one that adds in guitar from Ray Crawford and violin from Joe Kennedy to Jamal's usual trio grooving! The main focus here is often still on the core group – which features Israel Crosby on bass and Vernell Fournier on ... LP, Vinyl record album

Tjader
Fantasy, Late 60s. Near Mint-
LP...$19.99
An excellent album from legendary vibist Cal Tjader – and one of his truly electric albums! A key factor to the greatness of this one is keyboardist Al Zulaica – who plays some amazing Fender Rhodes on the album, really unlocking a whole new sound of Cal's vibes in the process! The ... LP, Vinyl record album

Soul Village
Muse, 1977. Near Mint-
LP...$8.99 (LP...$11.99)
One of a rare few electric albums from the great Walter Bishop Jr – a pianist who started during the bop years, but really grew into new modes in the 70s! The set's an album on Muse, but one with the same hip grooves as Walter Bishop's pair of excellent albums for the Black Jazz label – ... LP, Vinyl record album

Dedication
CBS (Japan), 1974. Near Mint-
LP...$78.99
Sublime sounds from the great Herbie Hancock – presented here in one of his amazing Japanese-only albums from the 70s! The record is a showcase for Hancock in two different modes – as Herbie plays solo acoustic piano on side one, and delivers these really haunting renditions of "Ma ... LP, Vinyl record album

Kenny Drew Trio (Riverside)
Riverside, 1956. Near Mint-
LP...$28.99
Light and tippling magic from pianist Kenny Drew – working here in trio formation with Philly Joe Jones on drums and Paul Chambers on bass, and getting a nice degree of freedom in this early Riverside session! There's a "newness" here that continues the inroads Kenny made on his ... LP, Vinyl record album

Manhattan Wildlife Refuge
Columbia, 1974. Near Mint-
LP...$11.99
A pretty compelling record from trombonist Bill Watrous – one of those players you always figure for a straight guy, but who always manages to throw in a curve ball at the right moment! This one's got Bill working with a large group in kind of a mixed electric big band style – and the ... LP, Vinyl record album