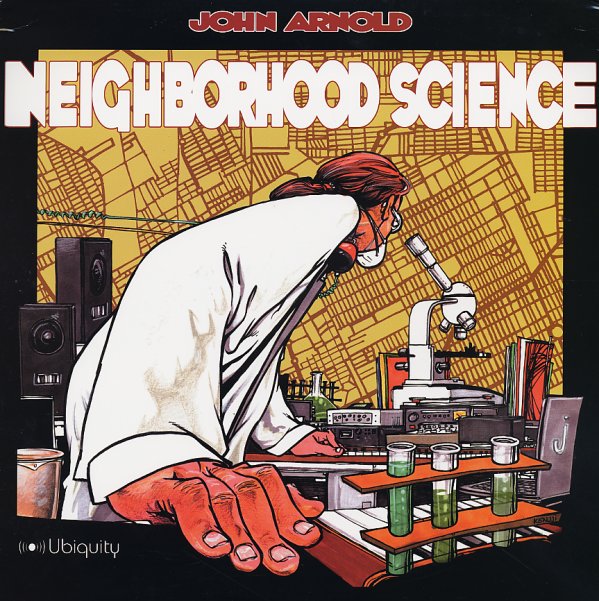 The sound of Detroit rises high on this excellent full length set from John Arnold – a wonderfully soulful set of skittish beats and jazzy grooves! Arnold's working here with artists that include Amp Fiddler, Ayro, Malik Alston, and Mady Kouyate – and grooving in a style that reminds us a lot of our favorite recent underground work from London, but which also has a lot of the pulsating soul of the Detroit scene of the past 20 years! Tunes shift easily between instrumentals and vocal numbers – always with some over the top touches that sets them apart from the run of the mill – and titles include "Broken", "Fabric", "Anaconda", "Neighborhood Science", "Get Yourself Together", and "I Can Be".  © 1996-2021, Dusty Groove, Inc.
(Punch through barcode.)

Superhuman Heart
Ubiquity, 2010. Used
CD...$1.99
Warm Cali folk and acoustic pop songcraft blended quite harmoniously with subtle electonics from Jed & Lucia – the duo's debut for Ubiquity! We wouldn't blame you of experience a bit of a chill at the thought of "folktronica" – but Jed & Lucia get it right – ... CD

Western Water Music Vol 2
Ubiquity, 2008. Used
CD...$1.99
A compelling new project from Nobody – quite different from his previous work, and very much in tuneful territory – thanks to help from vocalist Niki Randa! The style here is somewhat subtle – well-crafted tunes that shimmer in shadows of soundshapes – almost atmospheric, ... CD