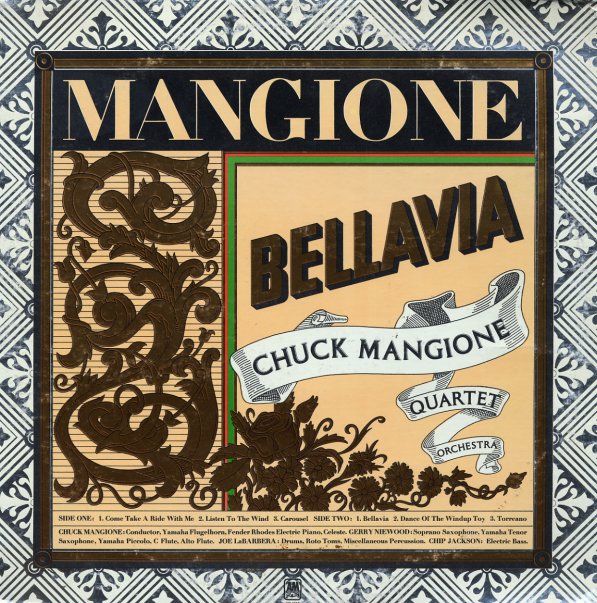 With Mangione on flugelhorn and Rhodes, Gerry Niewood on saxophones and flute, Joe La Barbera on drums and percussion, and Chip Jackson on electric bass. Coordinated by Kai Winding, with Lew Soloff on lead and concert master Gerald Vinci.  © 1996-2021, Dusty Groove, Inc.
(Cover has light wear.)