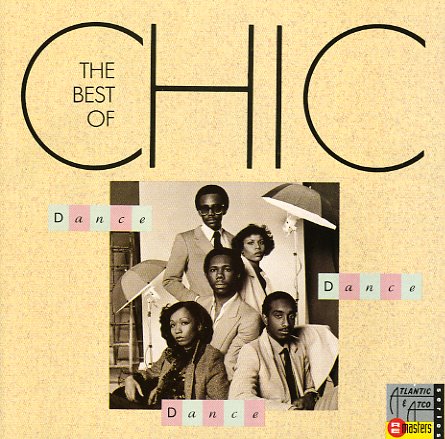 11 tasty numbers by Chic, all filled with the lively guitar work and tight production of Nile Rodgers – and the group's own strong talent for delivering a hook that won't miss. Sure, it's pop disco for the masses, but most of these cuts still sound surprisingly good these days. Includes the oft-sampled "Good Times", plus "Dance, Dance, Dance", "Le Freak", "I Want Your Love", "Everybody Dance (12" mix)", "Soup For One", "Chic Cheer", and "My Forbidden Lover".  © 1996-2022, Dusty Groove, Inc.
(Columbia House pressing.)

Great Ray Charles
Atlantic, Late 50s. Used
CD...$2.99
More of a jazz album than the early vocal singles of Ray Charles – but a set that definitely is as great as promised by the title! Ray's in the lead on piano – taking some strong solos, and showing us what a sensitive phraseologist he can be when needed – really showcasing that ... CD

Chapter Two
Atlantic (Japan), 1970. Used
CD...$9.99 (LP...$13.99)
Mindblowing work from Roberta Flack – an album that should be in the collection of any fan of righteous soul music! Forget all the wimpier modes of Flack's later years – because here, the young Roberta is a vision of positive power and spiritual soul – a singer with roots in jazz ... CD

Very Best Of The Vibrations
Collectables/Atlantic/Okeh/Checker, 1960s. Used
CD...$6.99
An excellent set of 20 tracks by The Vibrations – a wonderful 60s group who had a rich talent for both hard uptempo numbers and sweeter mellower ones. The CD's the first legitimate collection of their work that's been issued in years and years – and it includes work from the group's ... CD

Deon Jackson – Golden Classics
Atlantic/Collectables, Mid 60s. Used
CD...$6.99
Great stuff! We love Deon Jackson – we love his voice, we love his songs, and we love the great production he gets from the legendary Ollie McLaughlin! This CD features 16 of Deon's great soul work recorded with Ollie for the Detroit-based Carla label from the 60s – and they're ... CD