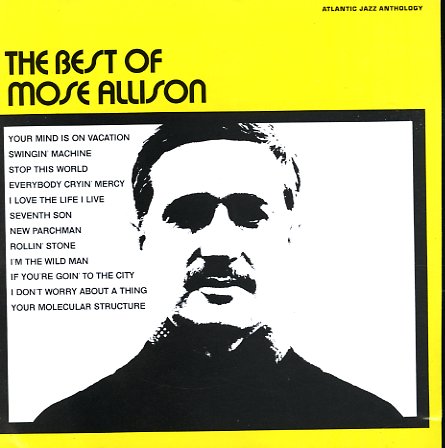 Groovy 20 track "best of" CD compiling tracks from his Atlantic recordings of the late 60's and early 70's, with loads of his usual cool hipster jazz vocals and New Orleans piano playing. Cuts include "Seventh Son", "Swingin' Machine", "Your Mind Is On Vacation", "Your Molecular Structure", "Night Club", "That's The Stuff You Gotta Watch", "If You're Goin' To The City", and lots lots more!  © 1996-2021, Dusty Groove, Inc.
(Out of print.)

Transfiguration Of Hiram Brown (with bonus track)
Columbia, Early 60s. Used
CD...$24.99
One of Mose's most sophisticated album, and one that has him going way past his usual "folksy jazzy" style, into a realm that touches on Monk-like modernism. The whole first side is Allison's extended "Hiram Brown" suite, which mixes vocal and instrumental passages in an ... CD