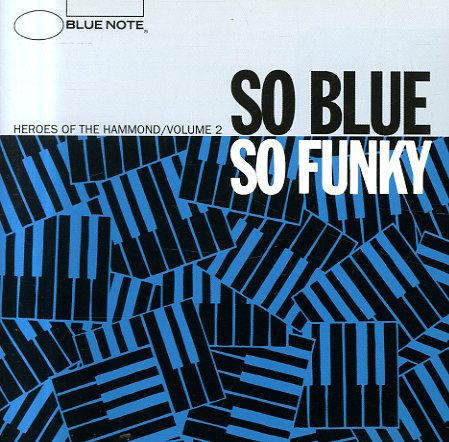 So Blue So Funky – Heroes Of The Hammond Part 2

11 more groovy organ tracks from the Blue Note catalog, with a few extra rare goodies thrown in from the Pacific Jazz one as well. Some nice rare ones that don't always show up, including "Street Scene" by Larry Young, "Minor Soul" by Johnny Lytle, "Morris The Minor" by Groove Holmes, "Where It's At" by Jimmy McGriff, "Meetin' Here" by Curtis Amy and Paul Bryant, "When Malindy Sings" by Freddie Roach, and "Can Heat" by Jimmy Smith. 11 tracks in all, and with lots of rare ones!  © 1996-2022, Dusty Groove, Inc.
(Out of print.)