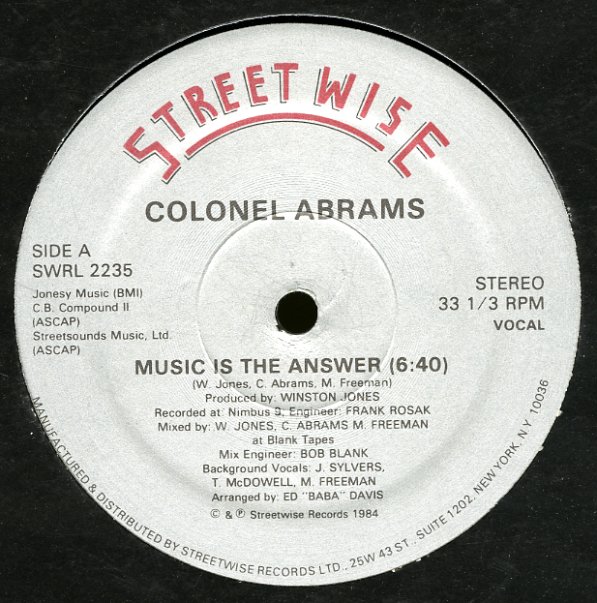 Music Is The Answer (voc, dub)/Leave The Message Behind The Door

(In a Streetwise sleeve.)