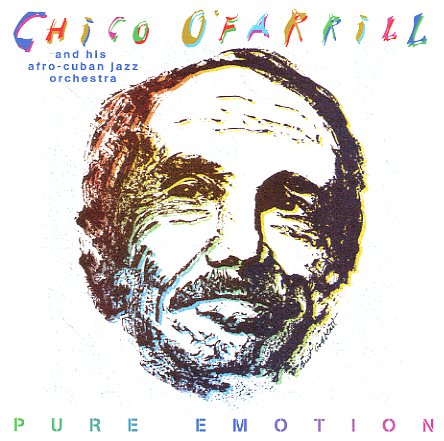 Bold-toned Latin jazz from Chico O'Farrill – one of a handful of excellent 90s sessions cut for Milestone Records – a label who really let Chico reclaim the glory of his older Verve albums from years back! The style here is a bit more modern – echoes of some of the Latin jazz changes that took place as the 70s moved into the 80s – but the setting is still relatively traditional, too – a large jazz group arranged and conducted by O'Farrill, with all the best Cuban influences he brought to his work in the US over the years. Players include Mario Rivera on saxes, Victor Paz and Michael Mossman on trumpets, Lenny Hambro on alto and flute, Jerry Gonzalez on percussion, and Andy Gonzalez on bass – and titles include "Igor's Dream", "Pura Emocion", "Pianits", "Campina", and "Chico & The Men".  © 1996-2021, Dusty Groove, Inc.
(Out of print.)

Tambo
RCA (France), 1960. Used
CD...$6.99
A wonderful bit of exotica from Tito Puente – an album done in collaboration with producer Marty Gold, and featuring a highly percussive sound that Gold himself was exploring on his own albums of the period! There's a heck of a lot of percussion on the set – in styles that mix both ... CD

Jammin In The Bronx – A Live Concert Tribute To Machito
Tropi Jazz, 1995. Used
CD...$9.99
A 90s recording, but one that's filled with classic Latin touches – no surprise, given the wide range of players on the set! The performance was done as a benefit for the Bronx-Lebanon Hospital – and as such, it features lots of these musicians on relatively home turf – jamming ... CD

Olympia 77
Polydor/Universal (Japan), 1977. Used
CD...$17.99 (CD...$24.99)
A live set from Argentine musical legend Astor Piazzolla – recorded in Paris, and with a vibe that really makes the music even more striking than some of his other fantastic records from the 70s! The group's a bit different – in that it's got a drummer, who brings an even bolder sense ... CD