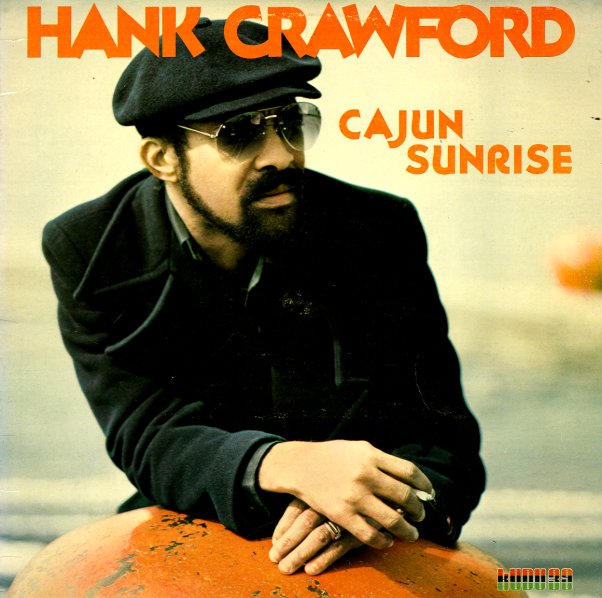 Hank Crawford comes across here as much as a soul star as a jazz musician – as he sings on half the album's tracks, and delivers his trademark alto solos throughout! The album's got a similar vibe to some of Crawford's other CTI/Kudu material of the 70s – but the presence of vocals also brings about something new – especially as Hank's singing nice has a vibe that's maybe more raspy and down to earth than the smooth sound of his horn! Arrangements are by David Matthews, and other players include Fred Wesley on trombone, Randy Brecker on trumpet, Hiram Bullock on guitar, and Cliff Carter on keyboards. Titles include the strong instrumental cut "New York's One Soulful City" – plus "Just The Way You Are", "Daytime Friends", "Evergreen", "Cajun Sunrise", "What A Difference You've Made In My Life", and "I Don't Want No Happy Songs".  © 1996-2022, Dusty Groove, Inc.
(Sealed 70s pressing!)

Soul Of The Ballad
Atlantic, 1963. Very Good
LP...$4.99
Hank Crawford takes a decidedly mellower approach on this set – working with warm and wonderful arrangements by Marty Paich, in a series of soulful readings of familiar ballads and love songs – all of which come out in a dreamy late night mode! There's still a fair bit of Ray Charles ... LP, Vinyl record album

I Hear A Symphony
Kudu, 1975. Near Mint-
LP...$14.99
Not really a symphony, but a great album that features the soulful alto sax of Hank Crawford blowing over some rich larger backings from David Matthews – all with a sweetly funky Kudu sound! The style's a bit more polished than some of the other Kudu sessions of the time – almost a bit ... LP, Vinyl record album

Double Cross
Atlantic, 1968. Near Mint-
LP...$6.99
Hank's blowing it in that stock soulful style he used with Ray Charles – over slightly larger arrangements that feature players like Wendell Harrison, David Newman, Melvin Latiste, and Carl Lynch. Jack McDuff plays piano on "In The Heat Of The Night", and other tracks include " ... LP, Vinyl record album

Feels So Good
Kudu, 1975. Near Mint-
LP...$11.99
An incredible batch of electric funk from Grover Washington Jr – easily one of his best albums ever! The record really picks up from the sweet CTI sound of the 70s – taking Bob James arrangements with a lot of space and electric keyboards, and letting Groover blow some wonderfully ... LP, Vinyl record album

Wild Horses Rock Steady
Kudu, 1971. Very Good+
LP...$16.99
Excellent Kudu work from one of the greatest organists of the 70s – a player who really stretched out and opened up his groove during the decade! Johnny Hammond was also known as Johnny Hammond Smith back in the 60s – but by the time of his legendary run at Kudu/CTI, he'd hit a much ... LP, Vinyl record album

Soul Box
Kudu, 1973. Near Mint- 2LP
LP...$14.99
One of the richest albums from the Kudu years of Grover Washington – a double-length set that shows the full range of his soul and imagination! The album was done in collaboration with Bob James – who arranged and conducted all tracks, and also plays keyboards on the date – and ... LP, Vinyl record album