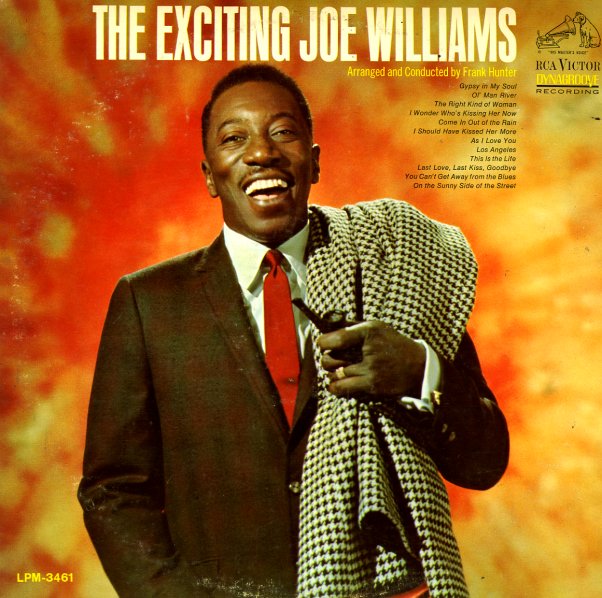 Presenting Joe Williams And Thad Jones Mel Lewis (purple cover)
Solid State, 1968. Very Good Gatefold
LP...$6.99
A funky big band album, recorded by Thad Jones & Mel Lewis, with the great Joe Williams on vocals! The record is one of the most sought-after by the team – probably because it includes the hard breakbeat version of "Get Out of My Life Woman" that's been sampled often over the ... LP, Vinyl record album

Chains Of Love
Jass, Early/Mid 60s. Near Mint-
LP...$14.99
A collection of recordings accompanied by Dale Sherman and his orchestra in 1965, The Joe Williams Trio with Harold Mabern, Herbert Brown, and Robert Thompson in 1966, and with Ray Bloch and his orchestra from 1962 through 1964. LP, Vinyl record album

Here's Helen
RCA, 1958. Very Good+
LP...$9.99
Great later work by singer Helen O'Connell – a vocalist best known for her classic early 40s recordings with the Jimmy Dorsey Orchestra, but who sounds pretty darn great at this point in her career! The style is much different than Helen's older work – a mix of jazz and swing that ... LP, Vinyl record album