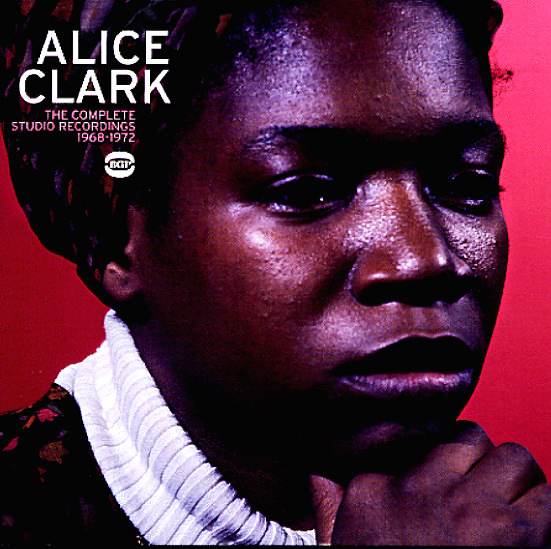 The great self-titled Alice Clark LP on Mainstream plus earlier singles for Warner Brothers and unreleased tracks – the complete studio recordings from '68-72 – in one great set! There weren't many vocal albums on the Mainstream label during the early 70s, and this rare soul side is a real overlooked gem! Alice Clark has a rich soulful voice, with a style that sounds a bit like Esther Marrow, mixed with some of the lead vocalists in Voices Of East Harlem – a really right-on sort of sound that's totally great, and way hipper than most 70s chart soul! Arrangements are by Ernie Wilkins, who brings in a touch of jazz – but again, with a much hipper feel than most of his other backings – and most of the tracks are quite obscure, well-written tunes – of the sort of material you might expect to hear sung by Gil Scott-Heron or Donny Hathaway. Includes "Don't You Care", "Charms Of The Arms Of Love", "Maybe This Time", "Looking At Life", "Hey Girl", "Don't Wonder Why", "It Takes Too Long To Learn To Live Alone", "Hard Hard Promises" and the rest from the classic and always sought self-titled album from 1972 – plus great earlier Warner Brothers singles "You Hit Me (Right Where It Hurts Me)" and "Heaven's Will (Must Be Obeyed)" from 1969, the previously unreleased "Before Her Time" and "You Hit Me (Right Where It Hurts Me)" instrumental, and more! 16 tracks in all.  © 1996-2023, Dusty Groove, Inc.