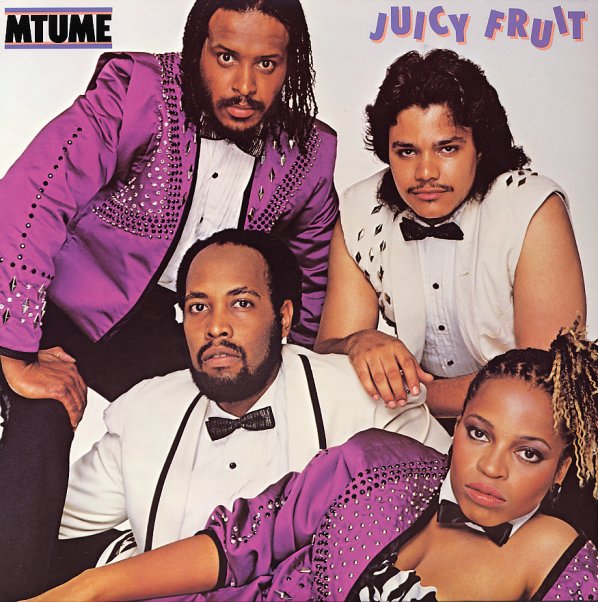 Sweet funky work from Mtume – a set that's nicely heavy on the keyboards, and which really set a new standard in 80s groove at the time! The keyboards are great, and the basslines are too – and Mtume's jazz roots are still nicely in place here – bringing a bit more sophistication to the tunes than some of his contemporaries, and keeping things catchy and swinging throughout. The set's one of the mighty Mtume/Lucas productions of the time – and titles include the groovy "Juicy Fruit", plus "Hips", "Would You Like To Fool Around", "Green Light", "Hip Dip Skippedabeat", and "Ready For Your Love".  © 1996-2021, Dusty Groove, Inc.
(Original pressing – FE 38588. Includes the printed inner sleeve.)

Thriller
Epic, 1982. Sealed Gatefold
LP...$79.99
Arguably the last true moment of genius in Michael Jackson's career – a record that sold a bazillion copies around the world – and for plenty good reason! Michael's still working here with Quincy Jones – in territory that steps nicely from the Off The Wall groove, into territory ... LP, Vinyl record album

Roy Hamilton's Greatest Hits
Epic/Murray Hill, Mid 50s. Very Good+
LP...$3.99
From the perspective of today, it's hard to understand how groundbreaking Roy's style was in American pop – but back in the day, Hamilton was a key figure in helping to lay the blueprint for male soul for decades to come! The smooth soulful vocals on tracks like this are just great – ... LP, Vinyl record album

Talk Of The Town
Epic/FTG, 1985. Near Mint-
LP...$7.99
Bumping, bouncing soul from Krystol – one of the strongest female groups of the 80s, and one of the few who really helped push the sound further at the time! The groove here is equal parts funk and soul – and has a brashness that a girl act wouldn't have had a decade before – ... LP, Vinyl record album

Live
Epic, 1981. Near Mint- 2LP Gatefold
LP...$24.99 (LP...$25.99)
A great mix of the talents of Michael Jackson and his famous brothers – and a set that's probably got an equal weight on the focus of both! There's a fair bit of Off The Wall-era Michael that informs this set – the kind of upbeat, grooving tracks that made that record so great – ... LP, Vinyl record album

Stronger Than Pride
Epic, 1988. Near Mint-
LP...$39.99
Another nice one from Sade – perhaps not as edgey as some of her earlier work, recorded in a slightly smoother style, but still quite nice to our ears – as Sade's always been a pleasure, no matter what the setting! Includes the nicely grooving "Nothing Can Come Between Us", ... LP, Vinyl record album