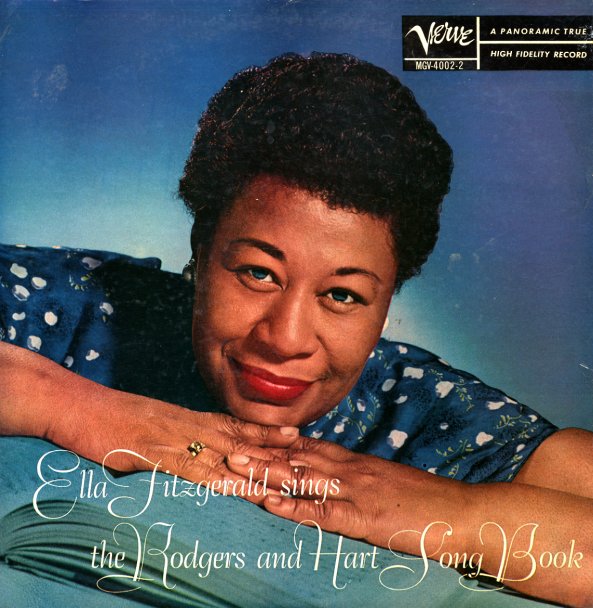 A classic vocal set from Ella – filled with standards from the Rodgers & Hart songbook – including "Isn't It Romantic", "My Romance", "Spring Is Here", "Thou Swell", "Bewitched", "Blue Moon", "A Ship Without A Sail", "I Could Write A Book", and "Where Or When".  © 1996-2021, Dusty Groove, Inc.
(Mono Verve Records Inc pressing with deep groove. Cover has some wear and yellowing from age on the back. Vinyl has a small mark that clicks through tracks 6-8 on side 2, but plays fine otherwise.)

Lady Sings the Blues
Verve, 1956. Very Good-
LP...$24.99
Possibly one of the most essential Billie Holiday albums for Verve – a set that carries the same title as her famous autobiography, and which also features many key numbers from her songbook at the time! The feel here is quite easygoing and relaxed – with small group backing behind ... LP, Vinyl record album