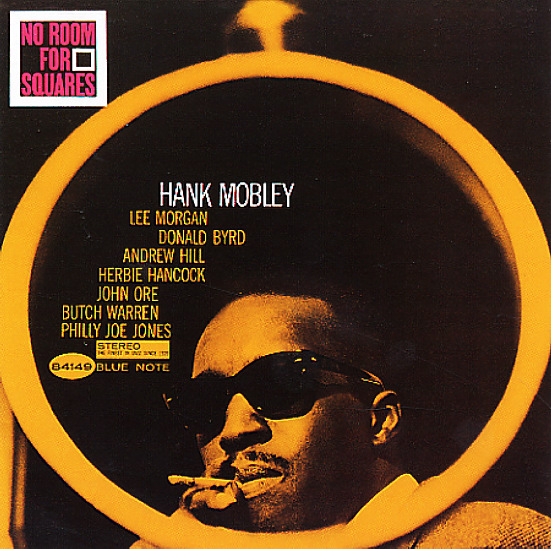 No room for squares with grooves this great – a classic Hank Mobley session from the mid 60s, and one that really shows the growth in his style at the time! The work's still strongly in a hardbop style, but modal elements are definitely creeping into the mix – a bolder sense of rhythm that really transforms the music from before – and lets Mobley reach out in a whole different way with his solos! The album features material from two different sessions – each of which have Mobley's tenor coming into play with other inventive artists on Blue Note at the time. One date features Lee Morgan on trumpet, Andrew Hill on piano, John Ore on bass, and Philly Joe Jones on drums – and the other features Donald Byrd on trumpet, Herbie Hancock on piano, Butch Warren on bass, and Jones again on drums. Titles include "Up A Step", "Me N You", "Three Way Split", "Carolyn", and the classic "No Room For Squares". Plus, this reissue CD features 3 bonus cuts – "Old World New Imports", and alternate takes of "Carolyn" and "No Room For Squares".  © 1996-2022, Dusty Groove, Inc.
(Promotional stamp on disc.)

Turnaround! (Japanese pressing)
Blue Note (Japan), 1963. Used
CD...$19.99 (CD...$11.99)
One of the best-ever Hank Mobley albums on Blue Note – and a killer batch of soulful hardbop that was cut right around the same time as the classic No Room For Squares LP. In fact, the album contains work from 2 different sessions that filtered over to the Squares album – one that ... CD

Hank Mobley & His All Stars
Blue Note, 1957. Used
CD...$18.99
A very unique album from Hank Mobley – one that has him working alongside Milt Jackson, in an unusual format that mixes the soulful Mobley tenor with some well-crafted work on vibes! The "all star" title is certainly appropriate here – as Mobley and Jackson are joined in a ... CD

Soul Station (non RVG edition)
Blue Note, 1960. Used
CD...$4.99
One of the key classics from the hardbop years of Blue Note – the kind of album that really set the label apart from the rest at the time! Soul Station is a deceptively simple album that has tenor giant Hank Mobley playing standards and originals in a quartet with Wynton Kelly on piano, Paul ... CD