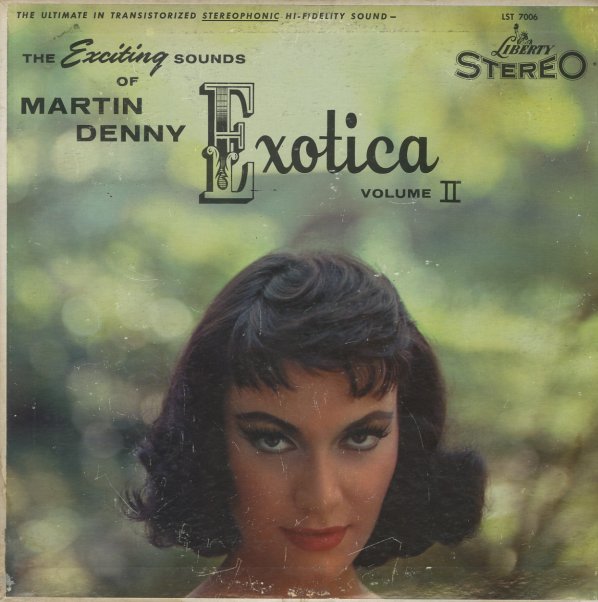 The second album in Denny's legendary Exotica trilogy – a set of records that provided the extreme definition of the small sub-genre that today has become the stuff of legend! Denny's still working here in his classic format – a small group with heavy piano lines, playful percussion, and some birdcalls sung by the members of the group! The set's a mix of strange songs from strange sources, all given the sublime Denny twist – and titles include "Singing Bamboos", "Escales", "August Bells", "Ebb Tide", "Rush Hour In Hong Kong", and "Soshu Night Serenade".  © 1996-2021, Dusty Groove, Inc.
(Original mono turquoise label pressing with deep groove. Cover has light wear and a small discolored spot from sticker removal.)

Waltz In Jazz Time
Liberty, Early 60s. Near Mint-
LP...$2.99
A very swinging album from trombonist Si Zentner – done in a big band style, but with plenty of groovy touches that show the 60s period of the recordings! Si gets some great help on the records from Bob Florence – an arranger who really knows how to make a bigger band swing with the ... LP, Vinyl record album