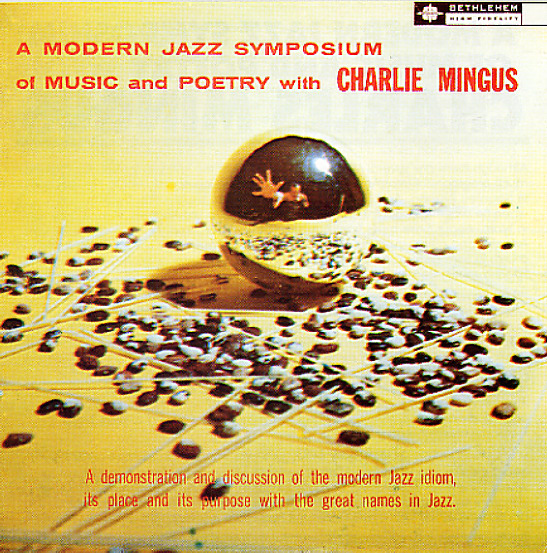 A fantastic album – one of our favorite-ever records from Charles Mingus! The album was recorded in the same breath as his legendary works Tijuana Moods, The Clown, and Pithecanthropus Erectus – and it features the same sort of fire and emotion that made those classics so great. The group alone is amazing – with Horace Parlan on piano, Shafi Hadi on alto and tenor, Jimmy Knepper on trombone, and the amazing Clarence (aka Gene) Shaw on trumpet – all getting plenty of room to open up on the album's longer tracks! The work bristles with a sense of imagination and dark energy that Mingus hardly had in his music in later years – and each new tune brings a fresh sense of vision that never fails to astound us! In keeping with the "poetry" title, the album begins with an incredible 12 minute track "Scenes in the City" – which features a long spoken bit written by Langston Hughes about one man's love of jazz and the way that it affects his life in the city – all supported with excellent instrumentation from the group. Other titles are instrumental, and include "Nouroog", "New York Sketchbook", "Slippers", and "Duke's Choice".  © 1996-2022, Dusty Groove, Inc.
(180 gram EU Doxy pressing.)

Jazz Composers Workshop (French pressing)
BYG (France), 1954. Very Good
LP...$14.99
A classic session of modernist jazz – and some of Mingus most groundbreaking early work! The album was recorded for Savoy with 2 different groups – one's got Mingus leading John LaPorta on alto, Teo Macero on tenor, and Mal Waldron on piano, and the other group's a quartet with Macero, ... LP, Vinyl record album

Mingus In Europe Volume 2
Enja, 1964. Very Good+
LP...$13.99
Great recordings the important 1964 tour of Europe by bassist Charles Mingus – a key musical moment that not only saw some of the last recordings of Eric Dolphy before his departure from this planet, but which also introduced the overseas scene to some key up-and-coming talents who were in ... LP, Vinyl record album

Mingus At Monterey
Jazz Workshop, Mid 60s. Near Mint- 2LP Gatefold
LP...$59.99
A landmark recording from Mingus – and one of his best of the mid 60s! The album was recorded live at the Montery Jazz fest – and it features great work by Jaki Byard, Charles McPherson, John Handy, and Lou Blackburn. Mingus explores his increasing fascination with the work of ... LP, Vinyl record album

Charles Mingus & Friends In Concert
Columbia, 1973. Near Mint- 2LP Gatefold
LP...$14.99 19.99
Mingus live is always a treat – especially in these later years, when the fire seemed to go out of most of his studio recordings. Live, though, he always managed to kick it hard - with the sort of emotion that graced his strong early albums. And despite the fact that this one's conducted by ... LP, Vinyl record album