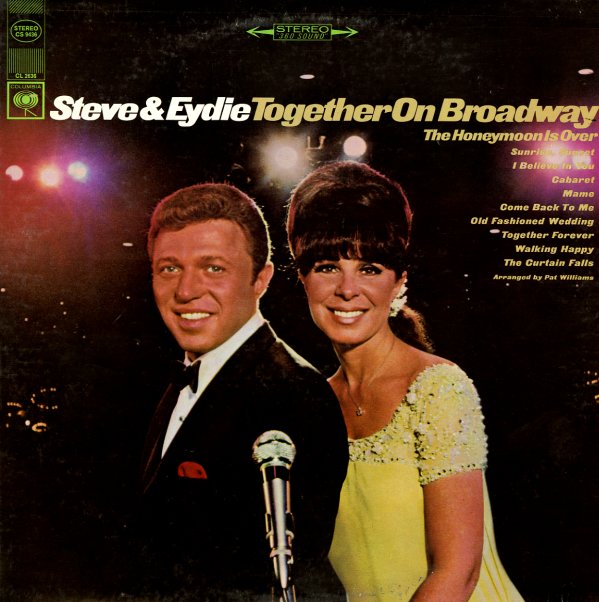 Steve & Eydie Together On Broadway

Loads of groovy Pat Williams arrangements – on titles that include "Come Back To Me", "The Curtain Falls", "I Believe In You", "The Honeymoon Is Over", "Sunrise Sunset", "Walking Happy", "Old Fashioned Wedding", and "Together Forever".  © 1996-2021, Dusty Groove, Inc.
(360 Sound stereo pressing. Cover has some edge wear.)