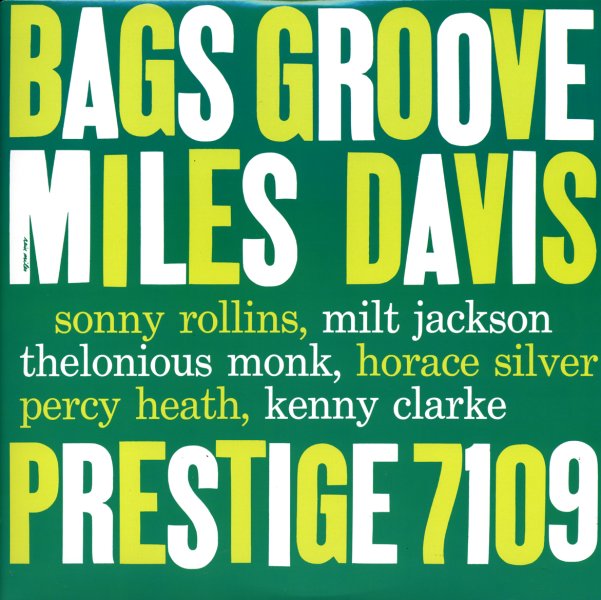 Also available
Miles Davis — Bags Groove (RVG remaster edition) ... CD 6.99
Classic Miles Davis from that pivotal year of 1954 – featuring work from 2 different sessions, both of them great! The title track on the album is a key reading of "Bag's Groove", presented here in two versions, both recorded by a quintet that includes Milt "Bags" Jackson on vibes, Thelonious Monk on piano, Percy Heath on bass, and Kenny Clarke on drums – carving out the tune in a nicely modern idiom. The rest of the set features work by Miles in a quintet with Sonny Rollins and Horace Silver – again with support from Heath and Clarke – on tunes that include 2 versions of "But Not For Me", plus early recordings of Sonny Rollins' standards "Oleo", "Airegin", and "Doxy".  © 1996-2022, Dusty Groove, Inc.
(Out of print, small cutout hole through case.)