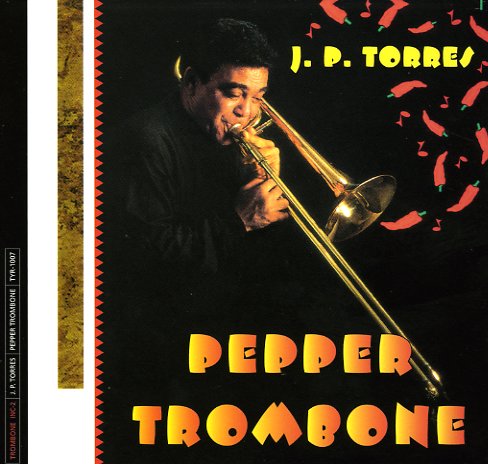 Brilliant Latin jazz from Juan Pablo Torres – a relatively contemporary recording, but one that cooks with a classic feel! During years when true Latin jazz was often lost to slick production or electric instrumentation, Torres always had a way of keeping his sound strong by sticking to the best older modes – core jazzy work by a hip combo that's usually heavy on percussion, and has plenty of room for solos. In addition to JP's trombone, the set also features a shifting lineup with Paquito D'Rivera on clarinet and alto, Jose Vera on tenor, and Arturo Sandoval on trumpet – on tracks that include "Elsa Song", "Rumba Del Cajon", "Dream Of Brazil", "Together Again", "Pick Your Clave", "Pepper Trombone", and "Tropiblues".  © 1996-2022, Dusty Groove, Inc.
(Out of print, punch through barcode.)