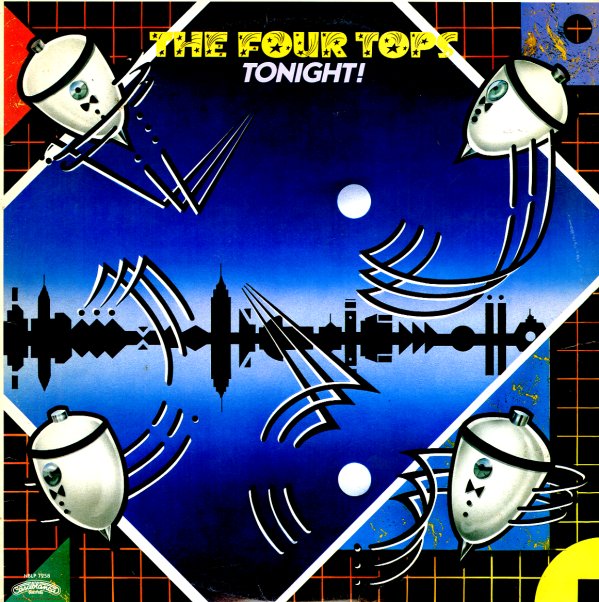 A surprisingly great set from The Four Tops – hardly the throwaway effort you might expect from some of the other Casablanca projects of the time – and instead a really solid effort that follows strongly from the sound of the group's best moments during their ABC Records years! The vocals are sublime – just what you'd expect from the maturing group – and Levi Stubbs gets some really great moments to shine, especially on a few of the mellower tracks. But the harmonies are the key here, and they cascade with a smooth-stepping sophistication that's not unlike the groove The O'Jays were hitting around the same time too – a classy update of their older mode that really opens the Tops up to a new audience, but hardly in a way that's commercial at all. Titles include "When She Was My Girl", "Tonight I'm Gonna Love You All Over", "Who's Right Who's Wrong", "Let Me Set You Free", "From A Distance", "Something To Remember", and "I'll Never Leave Again".  © 1996-2022, Dusty Groove, Inc.
(Sealed copy with hype sticker! Shrink has spot of marker, and an open spot on top.)

Four Tops Greatest Hits Volume 2
Motown, 1960s. Near Mint-
LP...$6.99
Given how much you hear this sort of stuff on the radio, you could easily forget that the Four Tops are actually a heck of a great vocal group, with harmonies that blew away many of their contemporaries, and which keep their work shining long past the hits. This second volume of hits has 12 tracks ... LP, Vinyl record album

Four Tops Live
Motown, 1966. Very Good
LP...$9.99
One of the hardest, rawest Four Tops album on 60s Motown – a unique live session, recorded at the Roostertail Nightclub in Detroit – with a sound that shows that the Tops could maybe shine even more away from the studio! Levi Stubbs' leads are especially incredible – not just a ... LP, Vinyl record album

Merciless
Casablanca, 1983. Sealed
LP...$4.99
An early 80s cooker from Stephanie Mills – not exactly "without mercy", as you might guess from the title – but instead a great slow burner that really does a great job of opening up her voice! Mills moves here in a perfect space between the late disco years and commercial ... LP, Vinyl record album