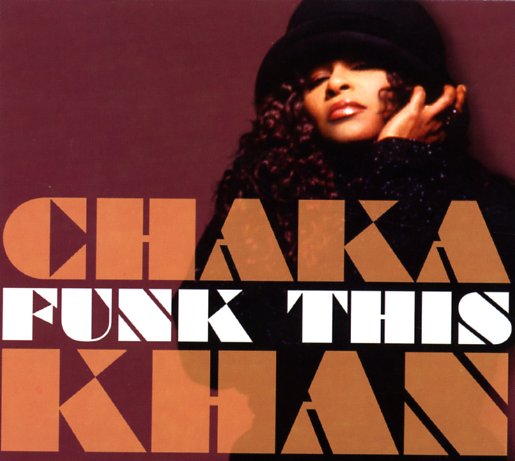 They're not kidding about the title with this one – because the album's surprisingly funky, and a really welcome return from Chaka Khan – who hasn't given us a new album in a decade! Although contemporary, the album's got a sound that really takes us back to Chaka's genius in the 70s – a sparely grooving approach to the music that lets her vocals really take over most of the tunes, and which supports them with just the right sort of sensitive backing she got from Rufus. Jimmy Jam and Terry Lewis produced the record, but they themselves are also nicely restrained – and even though much of the instrumentation is handled by bigger name players, there's a more relaxed vibe here than we might expect. It's almost like Chaka, Terry, and Jimmy are all taking a cue from the sounds of the younger funk and soul generation – and have really managed to get their groove right! Titles include "Angel", "One For All Time", "Back In The Day", "Castles Made Of Sand", "Disrespectful", "Pack'd My Bags", "Ladies Man", and "Super Life".  © 1996-2020, Dusty Groove, Inc.
(Out of print.)