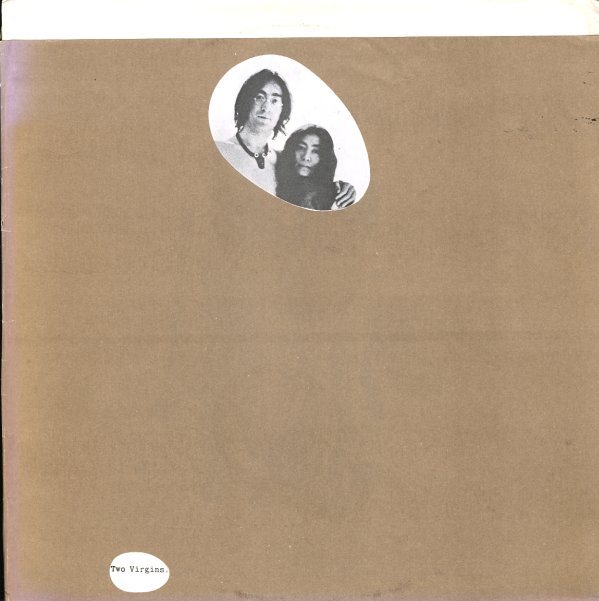 An amazing experimental set from the team of John Lennon & Yoko Ono – a record that might look hippy dippy on the cover, given its famous nude image of the pair – but which really unleashes a very experimental sound throughout – one that's more in keeping with Yoko's ties to the Fluxus movement than anything that John did before! In other words, if you dig the song "Revolution #9" on The White Album, you'll find a lot to love here – and all these many years later, the whole thing maybe is even better than before, away from the gooey love story behind it!  © 1996-2023, Dusty Groove, Inc.
(Apple label pressing, still in the brown outer sleeve, with a tiny tear, and a open spot on the back corner, but great overall.)

Sgt Pepper's Lonely Hearts Club Band
Capitol/Apple, 1967. Very Good+ Gatefold
LP...$29.99 (CD...$3.99)
Hard to deny the lasting power of this crucial album from The Beatles – a set that unleashed some of their trippiest sounds and most tender moments too! The mix of wit and honesty is wonderful – and the sonic range is dynamic as the archetypal cover image – a package that's had ... LP, Vinyl record album

Rock N Roll
Apple, 1975. Near Mint-
LP...$16.99
John Lennon revisits the rock and roll canon after years of emotionally charged solo material – a move that was partially imposed by legal necessity, but got even more messed up from there – culminating a solid, set of pure Rock N Roll in '75! Includes sessions produced by Lennon in ... LP, Vinyl record album

Imagine
Apple, 1971. Very Good+
LP...$28.99
Not the out there primal scream of Plastic Ono, and more of an impeccably produced, easy to love landmark from John Lennon! The title track, beautiful as it is, is so heavily ingrained into rock & roll myth making machine that it's become too easy to overlook how great most of the songs on the ... LP, Vinyl record album