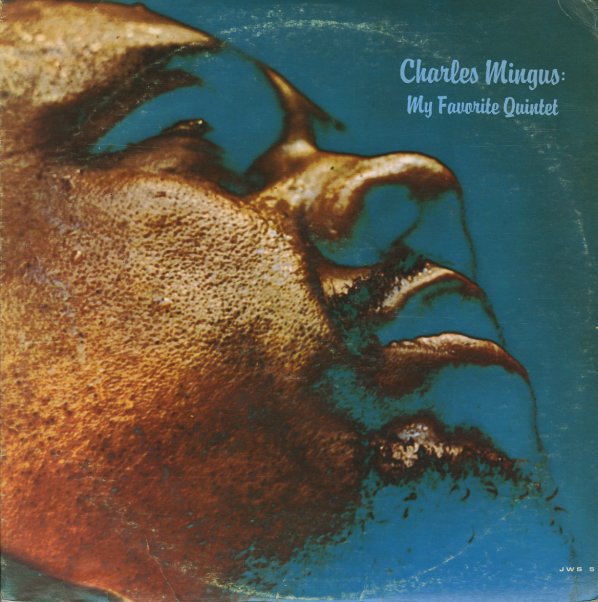 Great live work by Mingus – recorded around the same vintage as his Town Hall Concert, or as some of his sublime European recordings from the 1964 tour. The group is late and hip – with Charles McPherson as the "saxophonist of tomorrow", plus Jaki Byard on piano, Lonnie Hillyer on trumpet, and Dannie Richmond on drums. Includes a 20 minute reading of the track "So Long Eric", and a great medley that intertwines older standards with Mingus' "Old Portrait".  © 1996-2023, Dusty Groove, Inc.
(Blue label Fantasy pressing. Cover has light wear.)

Charles Mingus Presents Charles Mingus (Jazzman)
Candid, 1960. Near Mint-
LP...$14.99
The title's an apt one, because after frustrations experienced working for Columbia and other labels, Mingus is finally allowed the freedom here to present his own ideas in all their unfettered glory – working with a bracingly tight quartet that features Eric Dolphy on alto and bass clarinet ... LP, Vinyl record album

Charles Mingus & Friends In Concert
Columbia, 1973. Very Good+ 2LP Gatefold
LP...$7.99
Mingus live is always a treat – especially in these later years, when the fire seemed to go out of most of his studio recordings. Live, though, he always managed to kick it hard - with the sort of emotion that graced his strong early albums. And despite the fact that this one's conducted by ... LP, Vinyl record album

Thundering Herd
Fantasy, 1974. Near Mint-
LP...$3.99
Great work from Woody – not as funky as some of his other 70s albums, but still a really excellent album with a much better sound than you'd expect! The group's filled with young hip players – most of whom we don't know, but who play with a lot of soul – and even Woody's pretty ... LP, Vinyl record album

Concert By The Sea
Fantasy, 1959. Very Good+
LP...$18.99
The crashing waves of the Pacific coast hardly seem like the serene setting you might want for the vibes of Cal Tjader – but this album works surprisingly well, and offers up Cal's combo in a Monterey live date, before the jazz festival really got going strong! The group's one that matches ... LP, Vinyl record album