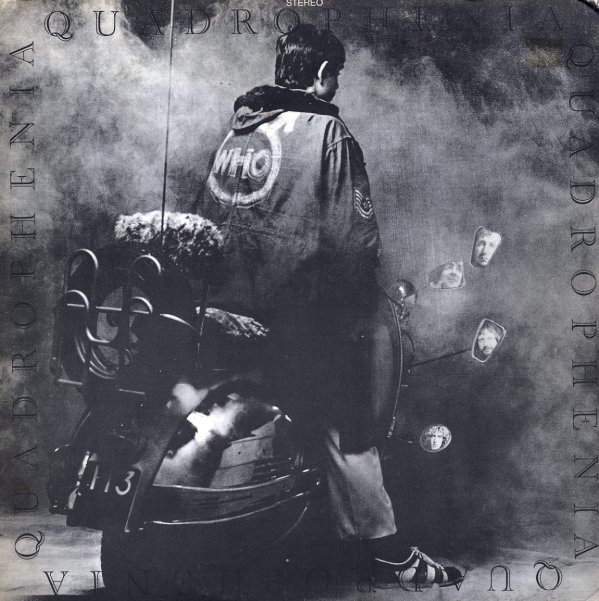 A record we'd never part with – and easily our favorite album ever from The Who! Quadrophenia represents the group at its peak from all perspectives – songwriting, performance, and even studio presence – as the album's got a sonic sensibility that few other albums of the time can match! The set's a concept record – a story, like Tommy – yet it remains incredibly lean, without any overcluttered rock opera feel – so much so that most tunes stand mightily on their own, but also have a dense sense of texture when taken together as part of the double-length album. And we'll also say that the record's one of the few extended sets we always end up breezing through from start to finish – almost surprised by the time it comes to a close – and often hitting repeat to hear the whole thing over again! Titles include "I Am The Sea", "The Real Me", "Cut My Hair", "The Punk & The Godfather", "Sea & Sand", "5:15", "Bell Boy", "Love Rein O'Er Me", and "Is It In My Head".  © 1996-2021, Dusty Groove, Inc.
(Beige label MCA pressing, including the booklet. Cover has light wear and a few small stains.)

Premiers Symptomes
Source (France), 1997. Near Mint-
LP...$29.99
Air's spacey stripped-down approach to new grooves, that hints at a very lounge-y feel, without ever diving into it headlong, with a nod to ethereal past sounds, all the while breaking new groupd of their own! Haunting, beautiful, spare, and without any of the cliches that you might find in many ... LP, Vinyl record album