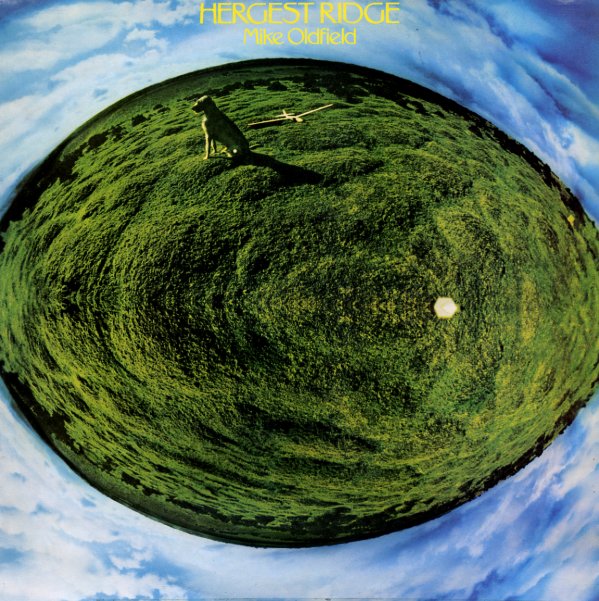 A beautiful follow up to Tubular Bells by Mike Oldfield – even if the slow building success of that classic first album ended up literally bypassing the newer Hergest Ridge on the charts at the time! Hergest Ridge, like its famous predecessor, it's the album is of a piece, in 2 parts, and deeply layered blend of disparate instrumentation that works just beautifully. But Hergest Ridge is a different feel, with more a pastoral, meditative experience – building slowing and achieving a kind of intensity more and more as it goes along, particularly in the second part. Innovative use of the studio abound, purportedly employing over a thousand electric guitar overdubs, but it all feels natural.  © 1996-2021, Dusty Groove, Inc.
(US pressing with white and black labels. Cover has light ringwear.)