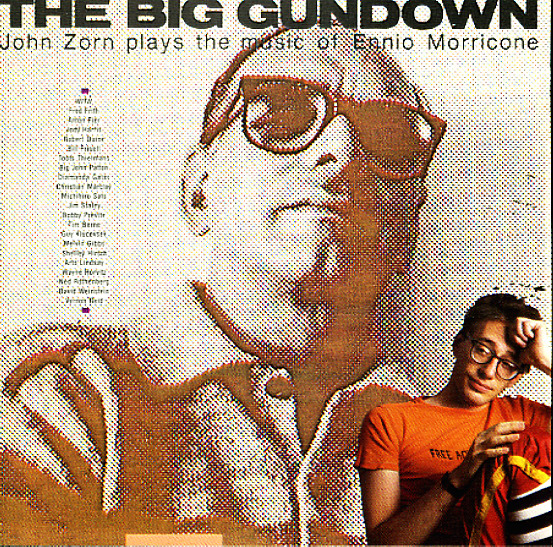 A groundbreaking album, put together by Zorn and a group of downtown New York hipsters, as a fitting hommage to the genius of Ennio Morricone! The track list sticks to mostly the bigger known numbers, and the album's got a darkness that we'd actually say was a bit out of place, considering the choice of tracks – but the groups formed by Zorn do a pretty good job of breathing new life into some of the tracks, and the album was a key moment in the recognition of Morricone as one of the century's greatest composers. Players include Robert Quine, Tim Berne, Arto Lindsay, Jim Staley, Bill Frisell, Christian Marclay, Anton Fier, and even Big John Patton. Titles include "Erotico", "Once Upon A Time In The West", "Giu La Testa", "Battle Of Algiers", and "The Big Gundown".  © 1996-2023, Dusty Groove, Inc.
(Out of print.)

Beyond The Wall
Nonesuch, 2006. Used
CD...$9.99
Features Pharoah Sanders on tenor and Bobby Hutcherson on vibes – plus Mulgrew Miller on piano, Robert Hurst III on bass, and Brian Blade on drums. CD

Way Up
Nonesuch, 2005. Used
CD...$6.99
Pat Metheny on guitar with Steve Rodby on bass, Antonio Sanchez on drums, Richard Bona on guitar and percussion, Gregoire Maret on harmonica, David Samuels on percussion, Lyle Mays on piano and xylophone, and Cuong Vu on whistle and trumpet. CD