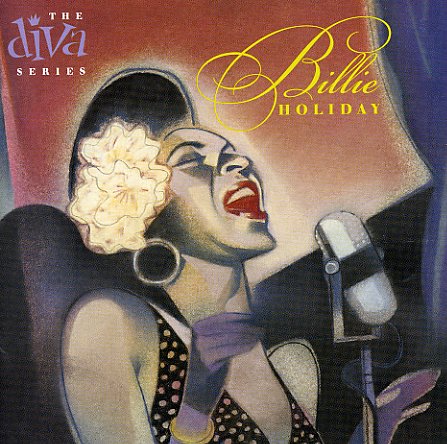 16 tracks pulled from Billie's classic recordings for Verve in the 50s – and packaged in a nice little cover that links it to the rest of the Diva series! The tracks are a good overview of Billie's later work, and titles include "Billie's Blues", "Don't Explain", "Them There Eyes", "Gimme A Pigfoot & A Bottle Of Beer", "Fine & Mellow", "Strange Fruit", "God Bless The Child", "Love Me Or Leave Me", and "All Or Nothing At All".  © 1996-2021, Dusty Groove, Inc.
(Out of print.)

Songs For Distingue Lovers (Japanese paper sleeve edition)
Verve (Japan), 1957. Used
CD...$14.99
Classic Verve work by Billie Holiday – and an album that probably brought the word "distingue" into the vocabulary of more people than any other use! (And in fact, probably also caused a lot more trouble with mispronunciation than any other Billie Holiday album title!) The tracks ... CD

Lady In Satin (with bonus tracks)
Columbia, 1958. Used
CD...$2.99 (CD...$5.99)
One of Billie's last recordings, and an incredibly striking batch of songs arranged by Ray Ellis with a sad, fragile ege that's perfect for the style of her later work. Billie's voice is faltering, but in a way that only makes the songs sound more personal and more compelling – and although ... CD