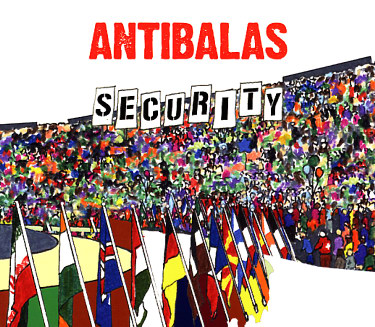 An incredible leap forward for Antibalas – a record filled with bolder sounds and deeper grooves than ever before – and one that even tops the already-great sound of their previous albums! The mix of modes here is really amazing – some of the group's familiar Afro-Funk at the core, but also a much wider range of influences too – bits of dub, choppy Latin guitar, Sun Ra-like organ lines, and gamelon-styled metal bits – all wrapped together in a groove that has some particularly hypnotic undertones! The set was produced by John McIntire, who's no doubt a big influence on the sound here – and the record really shatters any expectations you might have from the group – proof that they're way more than just another Afro Funk combo. Titles include "Beaten Metal", "Filibuster X", "Sanctuary", "Hilo", "War Hero", "ICE", and "Age".  © 1996-2020, Dusty Groove, Inc.
(Still sealed.)

Randy Weston with the Splendid Master Gnawa Musicians Of Morocco