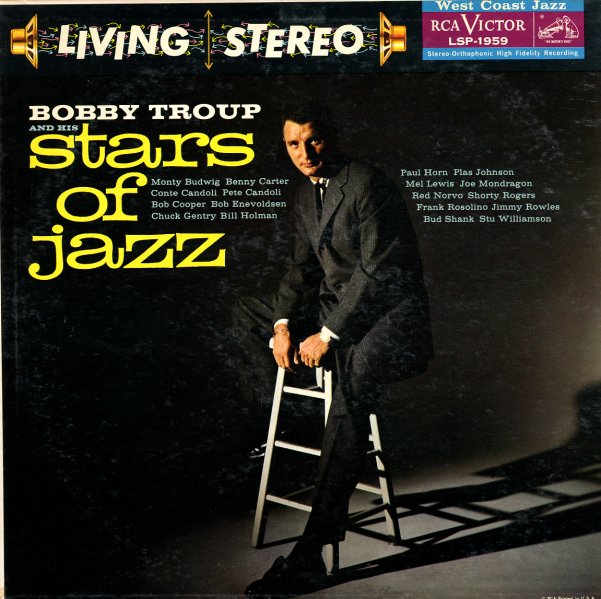 Bobby Troup & His Stars Of Jazz

Songs By Burke & Van Heusen
RCA, 1959. Very Good+
LP...$7.99
Think what you want about Lena Horne, the lady's got one of the most distinct voices of her time – and she really sparkled nicely during her years at RCA! This set features backing from longtime collaborator Lennie Hayton, in a style that was lush, but never cloying – and which brought ... LP, Vinyl record album

Lonesome Gal
RCA, 1956. Very Good-
LP...$7.99
Moody set of vocals recorded by this obscure Chicago singer. Lurlean got her start at the classy south side Club DeLisa, home to Sun Ra, and a host of other Chicago talents – but by the time of this recording, she'd moved downtown, and had become a classy smoky voiced singer with a good ... LP, Vinyl record album

You & Me That Used To Be
RCA, 1971. Near Mint-
LP...$4.99
With small combo backing from Zoot Sims and Al Cohn on tenor, plus Budd Johnson on tenor and soprano sax, Ray Nance on cornet, and Dave Frishberg on piano! Titles include "Fine And Mellow", "I Surrender Dear", "Linger Awhile", "My Last Affair", "More ... LP, Vinyl record album

Lena Goes Latin (aka Lena Like Latin)
CRC/DRG, 1961. Sealed
LP...$4.99
A set that features lots of great arrangements from Shorty Rogers – upbeat and jazzy, in ways that aren't exactly the Latin modes promised by the title, but still pretty darn great! Rogers his hitting nicely here on all burners – that leaner 60s approach he used in some of his own ... LP, Vinyl record album