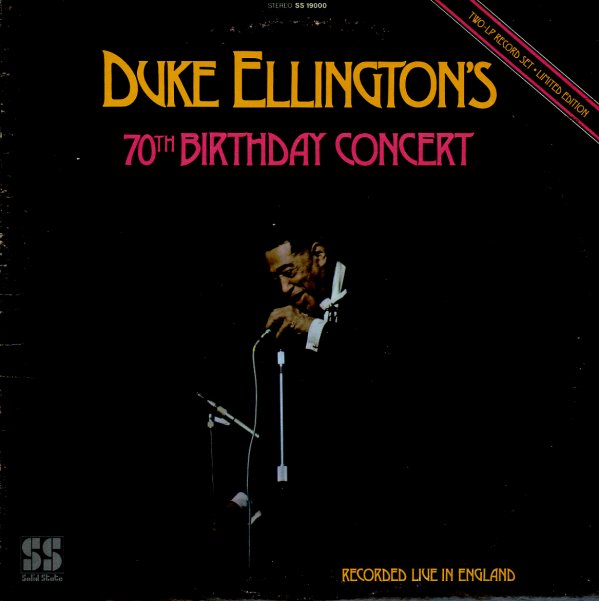 Ellington Uptown
Columbia, 1952. Very Good+
LP...$34.99
One of Duke Ellington's standout sides for Columbia – a strong recording that revisits many of the best elements of his earlier work, and offers up some more sophisticated scoring for the 50s – thanks to extended track length in the LP generation! The tunes here are older ones, but ... LP, Vinyl record album

Drum Is A Woman
Columbia, 1956. Very Good+
LP...$24.99 (CD...$11.99)
A hokey cover and title, but a hip little record from Duke Ellington – kind of a story of percussion and jazz, all wrapped together with some great vocals and narration! The format is kind of far-reaching, but never too stuffy – and in a way, the album offers a great opportunity to ... LP, Vinyl record album

Be Proud
Solid State, 1968. Very Good+ Gatefold
LP...$9.99
A nice little sleeper of an album that has Johnny playing with a larger set of arrangements than you typically hear him in, and with a vocal group on a number of tracks. The set still has a good soul jazz groove, which you'd expect from Lytle at the very least, and spans a range of styles that ... LP, Vinyl record album

Step 1
Solid State, Late 60s. Very Good Gatefold
LP...$7.99
A pretty darn lively session from Jimmy, and one that features a tight combo that includes Larry Frazier on guitar and Fats Theus on tenor. The group grooves on some nice long tracks (longer than most of Jimmy's other Solid State session), with a tight rolling soul jazz groove that brings up the ... LP, Vinyl record album

Soul Of The City
Solid State, Mid 60s. Near Mint- Gatefold
LP...$14.99
A wonderful little session from Manny Albam – one that continues the strong tradition of larger group jazz arranging he began in the 60s, but which takes it to an even deeper level! Manny composed the entire set as kind of a "city suite" in jazz – one that paints the picture ... LP, Vinyl record album