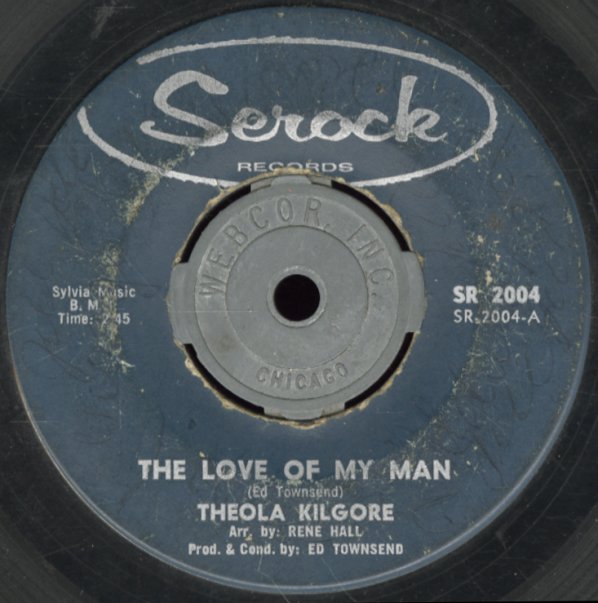 Love Of My Man/I Know That He Loves Me

(Label has moderate ringwear and a includes a metal 45 adapter.)