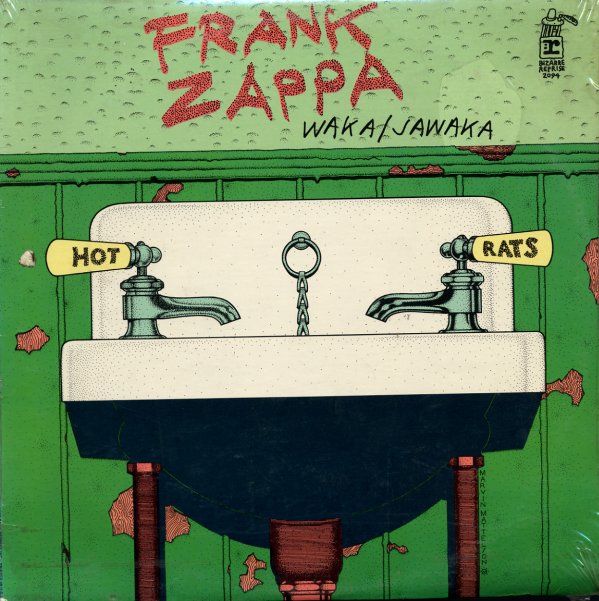 Wonderful stuff from Frank Zappa – a set that still has all the freak-out feel of the early years, yet which also shows a real maturation in his arrangement styles as well! The instrumentation is fantastic – not just great guitar from Frank, but heavy keyboards from George Duke, slide guitar from Tony Duran, raw drums from Aynsley Dunbar, and even some great horn arrangements that bring in a jazzy undercurrent that's mighty nice – almost grounding the free-form energy of the band's impulses with a sophisticated groove that really makes you take them seriously! Titles include the side-long "Big Swifty" – plus "Waka/Jawaka", "Your Mouth", and "It Might Be A One Shot Deal".  © 1996-2021, Dusty Groove, Inc.
(Tan label Reprise pressing. Cover has light wear and some wrinkling at the bottom left corner.)