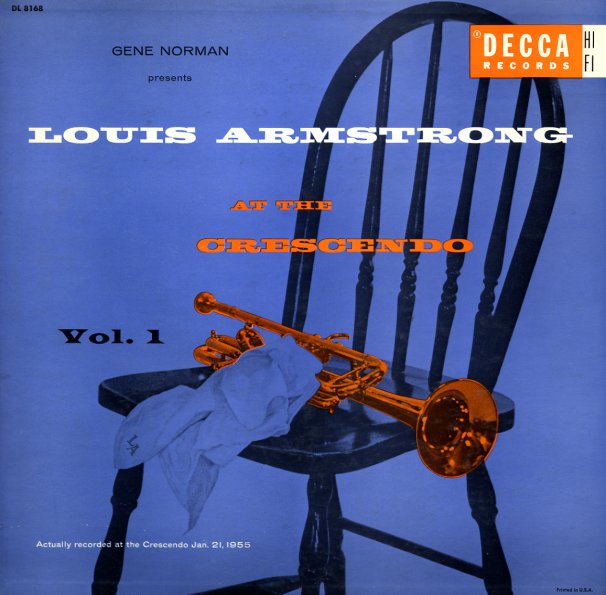 At The Crescendo Vol 1

Louis Armstrong Plays WC Handy (second cover)
Columbia, 1954. Sealed
LP...$24.99
Mid 50s, and Louis is going back to his roots – playing a set of compositions by WC Handy – working with a small combo that includes Barrett Deems on drums, Arvell Shaw on bass, Trummy Young on trombone, and Barney Bigard on clarinet. Vocals are by Louis and Velma Middleton – and ... LP, Vinyl record album

Piano A La Mood
Decca, Mid 50s. Very Good+
LP...$6.99
An obscure American album from this French postwar pianist! Titles include "Easy Living", "Invitation", "Blues For Django", "Goodbye", "Let's Get Away From It All", and "Our Waltz". LP, Vinyl record album