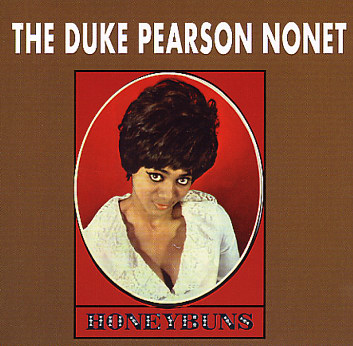 An excellent Duke Pearson album – and (dare we say it?) better than any of his Blue Note LPs! The record features a very tight lineup with Johnny Coles on trumpet, Garnett Brown on trombone, Les Spann on flute, James Spaulding on alto, and George Coleman on tenor – all players who are well suited to Pearson's warm funky style on the piano, but who also have a strong modernist sensibility that really comes through on the solos. The album is filled with nice tracks – like "New Girl", "Honeybuns", "Heavy Legs", and the fantastic lyrical groover "Is That So", plus "You Know I Care" and "Our Love".  © 1996-2021, Dusty Groove, Inc.
(Blue and green label pressing. Cover has some light wear, but is nice overall.)

It Could Only Happen With You
Blue Note, 1970. Very Good+
LP...$24.99
Pivotal work from Duke Pearson – a brilliant set that perfectly sums up all the criss-crossing of styles he was working on in the late 60s – and comes up with a wonderful blend of electric jazz, Brazilian rhythms, and just a touch of 70s soul! Pearson plays some sweet Fender Rhodes on ... LP, Vinyl record album