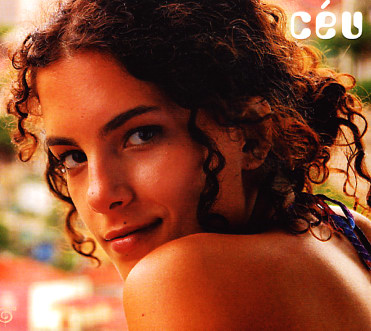 Another feather in the Six Degrees cap – and like the rest of their Brazilian music repertoire, an artist who seems bent on breaking down boundaries – both in styles and generations! Ceu's got the same "old is new" feeling as some of the label's other work in recent years – a mode that takes older bossa, samba, and other styles (including dub) – and reworks it using a lightly playful quality, and a relatively stripped-down feel overall. Instrumentation here is mostly acoustic – especially on the rhythms – but it does include some electric bits on keyboards and turntables, used lightly enough as to not interfere with the organic quality of the sound. Ceu's vocals are light, too – but also slightly raspy, in a way that makes them a lot better from some of the too-dreamy singing you might expect on a record like this. Titles include "Lenda", "Malemolencia", "10 Contados", "Vinheta Dorival", "Ave Cruz", "Concrete Jungle", "Vinheta Quebrante", "Samba Na Sola", and "Bobagem".  © 1996-2021, Dusty Groove, Inc.
(Penmark through barcode.)

Vivo
Som Livre (Brazil), 1976. Used
CD...$19.99
A great live presentation of the 70s genius of Alceu Valenca – one that really keeps the organic feel of his best work in the studio, while adding in some of the spontaneity and warmth of a concert! Valenca plays acoustic guitar and sings amidst a smallish group that includes Ze Ramalho on ... CD