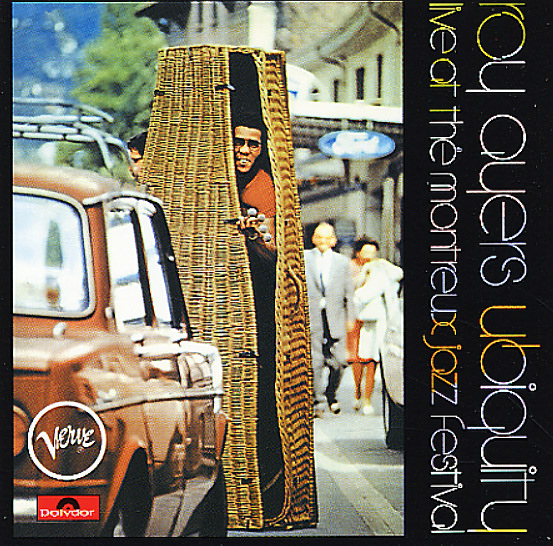 Live At The Montreux Jazz Festival (with bonus tracks)

A beautiful live set from 1972 – and a very unique album from Roy Ayers' Polydor years! The album originally was never issued in the US – clearly done for a hipper European market at the time – and it's got more of a jazz vibe than some of Roy's other work on Polydor, with sounds that echo back to his earlier years on Atlantic! Yet despite the jazz setting, there's still a nice dose of funk in the mix too – a bit like the vibe that Ayers hit on his Virgo Red album, but leaner too – given that the group's only a quartet. The smaller lineup really allows Roy a lot of space to solo strongly on vibes – and he's also joined by the great Harry Whitaker on electric piano, always a treat in a setting like this. The album features an extended early version of "Move To Groove", plus "In A Silent Way", "Your Cup Of Tea", and "Daddy Bug". Plus, the CD includes some great bonus cuts – like "Thoughts", "He Gives Us All His Love", and "Sketches in Red, Yellow, Brown, Black, and White".  © 1996-2022, Dusty Groove, Inc.
(Out of print.)

Before Me
Verve, 2006. Used
CD...$6.99
Gladys Knight pays tribute to a range of singers who came before her – Billie Holiday, Ella Fitzgerald, Sarah Vaughan, and others – all the while earning our respect for her new inflections of these classics! The style here is less "torch revival" than you'd expect – ... CD