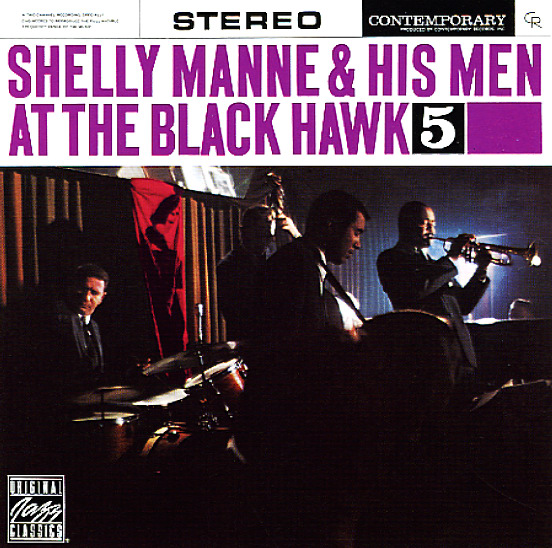 Shelly Manne & His Men At The Blackhawk Vol 5

Classic hardbop from the west coast – a set of live recordings done at the Black Hawk jazz club in San Francisco at the end of the 50s, featuring Shelly Manne at the head of a group that includes the great Joe Gordon on trumpet! Tracks are longer, livelier, and have a lot more solo room and spontaneity than Manne's usual albums from the time – and the rest of the group include Richie Kamuca on tenor sax, Victor Feldman on piano, and Monty Budwig on bass. Tracks on this fifth volume include "Pullin Strings", "Eclipse Of Spain", "Wonder Why", "This Is Always", and "How Deep Are The Roots".  © 1996-2022, Dusty Groove, Inc.
(Out of print.)