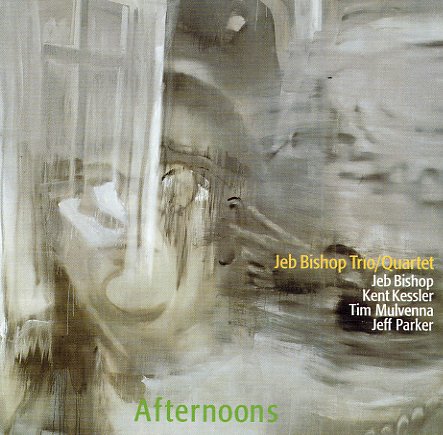 One of the boldest statements on record from trombonist Jeb Bishop – and a really great reminder of his key contributions to the Chicago avant scene at the start of the century! Jeb's a master of subtle shape and sound on his instrument, but he can also play with a fiercer frenzy – which is definitely the case here, and he moves between a trio and quartet lineup – alongside Kent Kessler on bass, Tim Mulvenna on drums, and Jeff Parker on guitar! The match of Parker and Bishop happens on four of the album's seven tracks, and has an especially strong resonance – tuneful at times, fuzzier at others – although the trio tracks are pretty darn incredible, and have us really remembering the greatness of Kessler and Mulvenna too. Titles include "Mirror Image", "The Umbrella", "Piggly Wiggly", "Pond", and "Flex Time".  © 1996-2021, Dusty Groove, Inc.