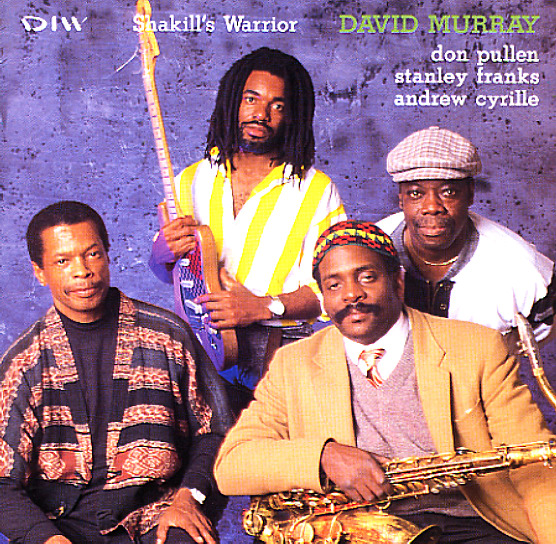 A surprisingly nice album of straight ahead tenor tracks from David Murray – playing here in a quartet with guitarist Stanley Franks, drummer Andrew Cyrille, and the great Don Pullen, who plays organ on the session! The album's not exactly in the classic soul jazz organ/tenor mode – but it is one of the few that Murray ever recorded, and it's quite interesting to hear him in this sort of a format. Plus, it was also one of the few recorded during that magic year of 1991 – when DIW really seemed to be getting things right, turning out some of the few truly genius albums in the history of the label. Titles include "Milano Strut", "Black February", "At The Cafe Central", "In The Spirit", and "High Priest".  © 1996-2021, Dusty Groove, Inc.
(Out of print. Barcode has a cutout hole.)