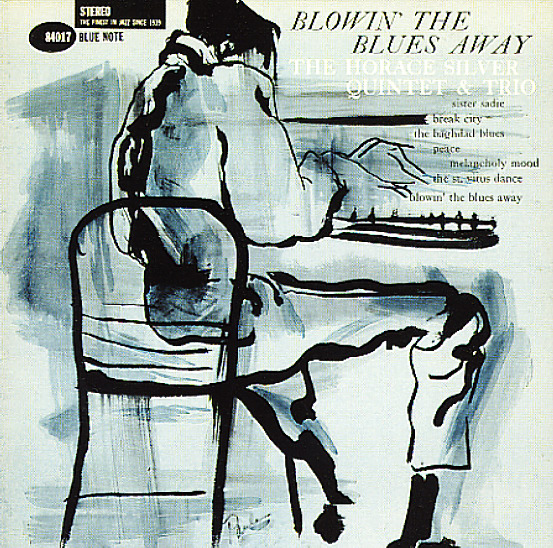 Also available
Horace Silver — Blowin' The Blues Away ... LP 29.99
A killer session from Horace's famous quintet that included Blue Mitchell, Junior Cook, Gene Taylor, and Louis Hayes – one of the group's earliest recordings for Blue Note – and also one of their best! The band had a unique mix of rootsy soul jazz playing and more exotic approaches to arranging, playing in a way that manages to bring jazz funk mind, even at this early of a point – along with more meditative compositions with incredible lyrical beauty. The album includes tracks that mix both of these styles – and titles include the title track, "Baghdad Blues", "Melancholy Mood", "Sister Sadie", "Break City", "St. Vitus Dance", and the lovely "Peace".  © 1996-2022, Dusty Groove, Inc.
(Out of print.)

Horace-Scope (non-RVG remaster edition)
Blue Note, 1960. Used
CD...$6.99 (CD...$9.99)
Early 60s magic from Horace Silver – working here at the height of his youthful powers! The album's a perfect example of the sound that Silver created while at Blue Note – a lyrically melodic approach to soul jazz, but one that was able to open up the rhythms past stock riffs and ... CD