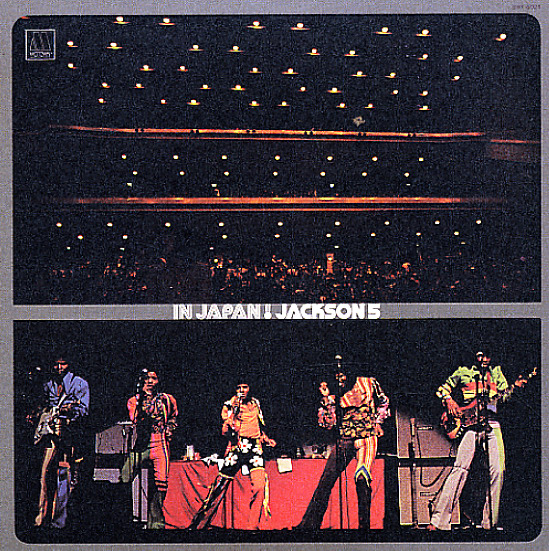 Early Jacksons in all their glory – presented here in a rare Japanese-only live album from the 70s! The set is great – totally kicking with all the best power of the early Jackson 5 – and served up with a spontaneous live quality that shows a whole new side of the group from their studio albums. The band is tight, and surprisingly funky at times – and judging from the quality of the vocals, the group really must have been something to see live at the time! Titles include "Lookin Through The Windows", "Got To Be There", "Superstition", "Ben", "Papa Was A Rolling Stone", "Ain't That Peculiar", and "I Wanna Be Where You Are". Never issued in the US at the time!  © 1996-2022, Dusty Groove, Inc.
(Out of print, please note that the sleeve has some edgewear and is priced accordingly.)