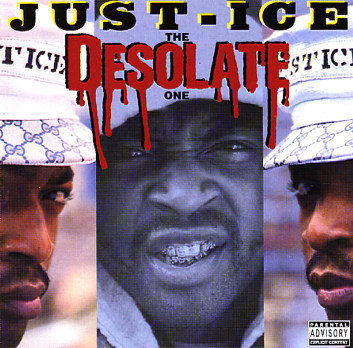 The second post Mantronik set from the frequently slept on 80s rap genius Just-Ice – featuring production by none other than KRS-One – with a few righteous and ruthless tracks that stand up with the best from the earlier classic LPs! The rugged and raw KRS backdrop serves Just-Ice's gruff delivery very well – and if Desolate isn't the masterpiece it could have been, it's quality still eclipses many more popularly heralded albums from the era! "Na Touch Da Just", "Desolate One", "Welfare Recipients", "Hijack" and a surprisingly dope performance by Heavy D on "Ram DanceHall Session."  © 1996-2022, Dusty Groove, Inc.
(Sealed original pressing – with hype sticker!)

Kool & Deadly
Fresh, 1987. Very Good
LP...$16.99
This nearly ranks up with the best of the mid 80s classic LPs, with all production handled by KRS One – who really seemed to revel in the Id-level work here in a way he couldn't really pull off with the more strident BDP. So highly recommended! Features "Going Way Back", "Free ... LP, Vinyl record album