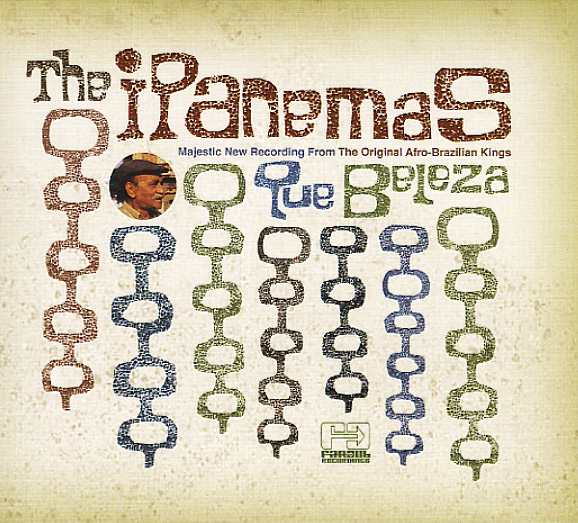 Wonderful work from Os Ipanemas – the legendary Brazilian jazz combo who've been revived in recent years, thanks to the efforts of Far Out Records! This album may well be our favorite so far from the combo – as it seems to take their core rhythmic groove, and flesh it out even more – really pushing the jazzier aspect of their work with help from some key added players! Wilson Das Neves' percussion is as great as always – and the set also features guitar from Jose Carlos, trombone from Vitor Santos, keyboards from Jose Roberto Bertrami, and vocals on a few tracks by the lovely Aurea Martins. Arrangements are by Das Neves, Ivan Conti, and Jorge Heider, who also play on the record – and titles include "Lembrancas", "Eparrei", "Traz Um Presente Pra Mim", "Passa O Ponto", "Olhando Tres", "Festa Indigesta", and "Eu O".  © 1996-2021, Dusty Groove, Inc.

Samba Is Our Gift – O Samba E Nosso Dom
Far Out (UK), 2006. New Copy
CD...$7.99 16.99
Samba is their gift – and we're all that much richer for it! Os Ipanemas return here in one of their best albums so far – a beautiful blend of earthy percussion, samba rhythms, and just a bit of bossa jazz – put together with a style that's personal and spontaneous, recorded ... CD