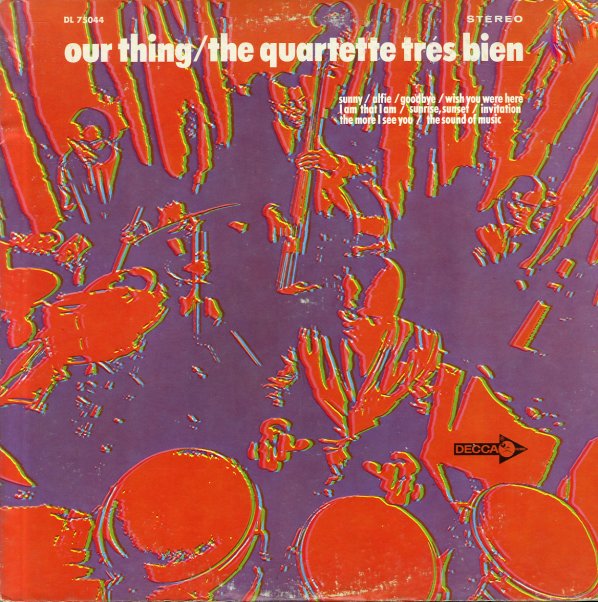 Boss Tres Bien (Decca pressing)
Decca, 1964. Near Mint-
LP...$19.99
A landmark blend of soul jazz and bossa nova – cut by the legendary Quartette Tres Bien back in the 60s! The group are kind of a "piano trio plus" – an outfit with piano, bass, and drums in the lead – but also plenty of conga and added percussion – a style used ... LP, Vinyl record album