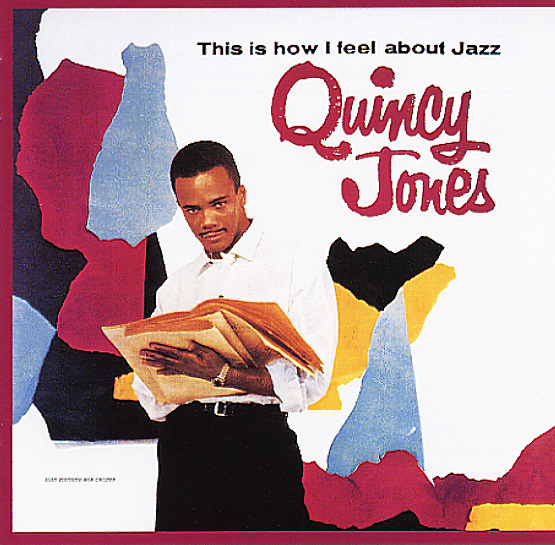 This Is How I Feel About Jazz (plus bonus tracks)

Fantastic – and an important early album from Quincy Jones! Q's working here in some of his hippest settings of the 50s – scoring longish versions of jazz tunes for groups that include players like Lucky Thompson on tenor, Herbie Mann on flute, Art Farmer on trumpet, Phil Woods and Gene Quill on alto sax, Hank Jones on piano, and even Charles Mingus on bass! As with most Jones albums of the time, Quincy has a way of making a bigger group sound nice and lean – hitting some especially nice edges along with the rhythms, and really showing the way towards a new soulful sound for a bigger band. Titles include a sublime 10 minute version of "Walkin" that kicks off the album with a great soulful groove – plus original tunes "Evening In Paris", "Stockholm Sweetnin", and "Boo's Blues", as well as a version of Cannonball Adderley's "Sermonette". Also includes some great bonus tracks from the Go West album too!  © 1996-2022, Dusty Groove, Inc.
(Out of print. CD case has a sticker remnant on the back.)

Sounds & Stuff Like That
A&M, 1978. Used
CD...$6.99
The Dude at the height of his powers – serving up a smooth blend of soul and jazz that set the standard for an entire generation! As with some of his other 70s albums, Quincy's working here with a host of great talents that make the record sizzle – guests that include Hubert Laws, ... CD