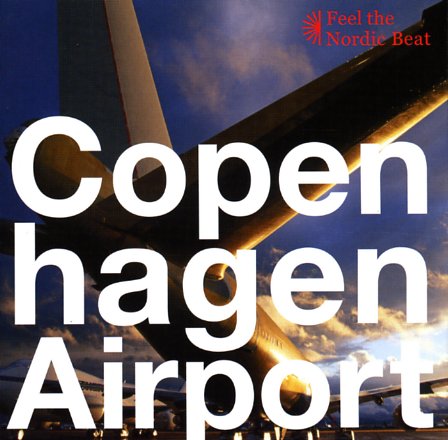 If all airports sounded this great, we'd travel all the time! Copenhagen Airport is the 3rd in Rambling's exploration of the best grooves from the current Scandinavian scene – a host of tracks from Deeplay Records of the past few years, served up in a lively mix of soulful house and more abstract numbers! The grooves here are mostly upbeat, but have plenty of warm jazzy touches – that more organic approach to the groove that's made the Scandinavian scene one watch in recent years, and which often has some nice jazz-influenced moments. Titles include "All We Want" by Zion Lockwood, "Bossa Note (Jask's reprise)" by Dalminjo, "The Most Beautiful Boy In Brazil (Physics 2005 rework)" by Physics, "Let The Sun Shine" by John Dahlback, "Get Out Of That Beat (Rurals' midnight flower mix)" by Physics, "Despacito" by Dalminjo featuring Malena, "7AM Sessions (Thiasoul sunrise mix)" by Physics, and "I Am" by Jeff Bennett's Lounge Experience.  © 1996-2021, Dusty Groove, Inc.
(Out of print, includes obi.)

Copenhagen Airport – Departure
Rambling (Japan), 2008. Used
CD...$11.99
The Copenhagen Airport's a mighty busy place these days – especially given all the great compilations issued under that name by the folks at Rambling Records! This set's every bit as great as the rest – a strong collection of dancefloor tracks from the underground scene in the north of ... CD

Beatfanatic Presents Beat Traveler – Scandinavian Soundscapes
Rambling (Japan), 2007. Used
CD...$14.99
A collection of Beatfanatic tunes and other tracks he's remixed – put together with enough depth to stand as a Beatfanatic album on its own! The European beat maker's touches are all over the set – which has a bristling, crisp sort of feel that's totally great – a style that's ... CD